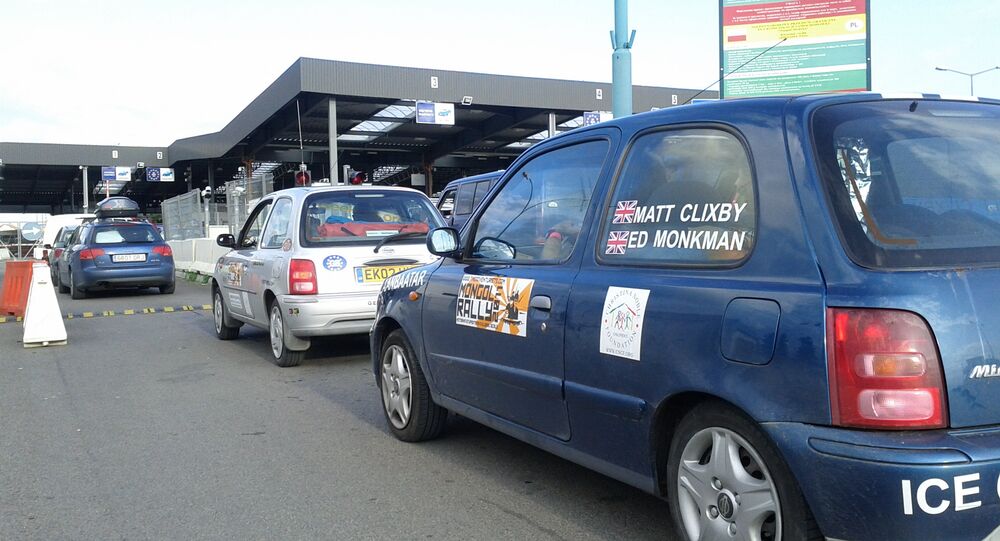 Poland has witnessed a dramatic rise in the number of Ukrainians applying for work and residency permits and refugee status due to the crisis in Ukraine.

© REUTERS / Maxim Shemetov
EU Policy in Ukraine Could Result in Mass Exodus to Europe
MOSCOW, January 31 (Sputnik) — The number of Ukrainians applying for work permits, residency status and refugee status in Poland has grown dramatically in 2014 as a result of the economic and military crisis in Ukraine, Polish daily newspaper Rzeczpospolita has reported.

The paper noted that last year, the country's Office of Foreigners saw over 2,300 applications for refugee status from Ukraine, compared with just 86 a year earlier. The office also saw a nearly threefold rise in the number of residency permit applications, from about 12,900 in 2013 to 28,000 a year later. Hinting at the economic crisis engulfing Ukraine, the country's Ministry of Labor processed at least 359,000 applications for work, compared with 134,000 a year earlier.

Among the applications for refugee status, none have received it, the Polish Press Agency has reported earlier this week. The agency notes that the Office of Foreigners' decision is based on strict rules laid out in the Geneva Refugee Convention, which stipulates that individuals applying for the status must show that they are in fear of persecution and are unable to find shelter in other areas inside their own country. About a dozen applicants received 'tolerated' permits, allowing them to stay in the country.

© AFP 2021 / TOBIAS SCHWARZ
Poland Open to Arms Sales to Ukraine
Alexandra Wielgos from the Polish Produce Growers Association told Rzeczpospolita that "the situation in Ukraine is leading to the instance that they come not only to work, but also want to stay here." She notes that she has seen applications for work rise nearly tenfold.

The paper also quotes Alexandr, a Ukrainian from the Dnepropetrovsk region who has been living in Poland for over eight months. "Only 200 kilometers from my home, in Mariupol, there is war," Alexandr notes, adding that he fears that there is nothing for him to return to in Ukraine, noting the country's economic collapse and fearing for his safety. "I would like to bring my wife and daughter here, but the registration procedures are complicated," he noted.

© AP Photo / Efrem Lukatsky
Ukrainian Recruit: I Don't Want to Fight for Those Who Don't Care About Us
Stanislav Kluza, a former government minister and economist from the Warsaw School of Economics told Rzeczpospolita that the growth in the number of people looking to come to Poland from Ukraine was an opportunity: "immigration gives us the opportunity to improve our demographic situation. Such a situation will not last forever." The newspaper also noted the positives for employers, noting that Ukraine is providing the country with "an army of workers who do not demand high wages." The United Nations believes that over 1.2 million people have been displaced in Eastern Ukraine as a result of the military conflict there between Kiev and independence supporters. At least 830,000 Ukrainians are believed to have fled for Russia since the beginning of the conflict, with hundreds of thousands of others internally displaced inside Ukraine.
...
Reddit
Google+
Blogger
Pinterest
StumbleUpon
Telegram
WhatsApp
74