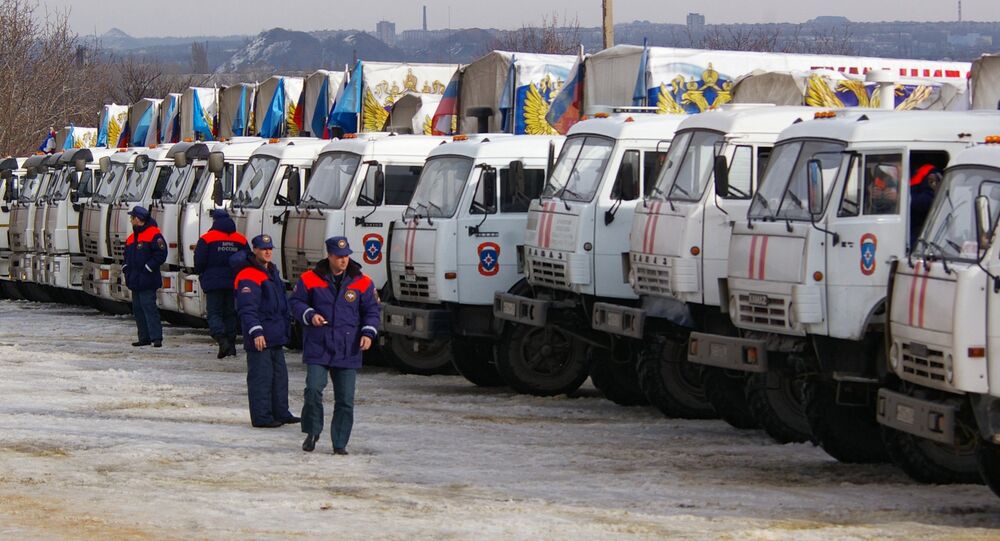 Russia’s 12th humanitarian aid convoy became the first convoy accompanied by observers from the Organization for Security and Co-operation in Europe (OSCE).

“For the first time, staff from the OSCE mission accompanied [the convoy] from the crossing to the place of unloading,” said Alexander Lekomtsev, head of the emergencies ministry’s Noginsk rescue center.

The convoy, consisting of more than 170 vehicles, split in two ahead of the Ukrainian border, with one column proceeding to the Donetsk Region, while the other headed for Luhansk. Both columns were accompanied by OSCE staff, the emergencies ministry said.

Russia has been sending humanitarian aid convoys to eastern Ukraine since August. The region is facing a major humanitarian crisis after months of fighting left many local residents without food, drinking water and electricity.