The UN International Criminal Tribunal for the former Yugoslavia (ICTY) on Friday upheld the convictions of five Bosnian Serbian military officials, imposed five years ago for their roles in a campaign of ethnic cleansing during the 1992-95 Bosnian War, the court said in a statement. 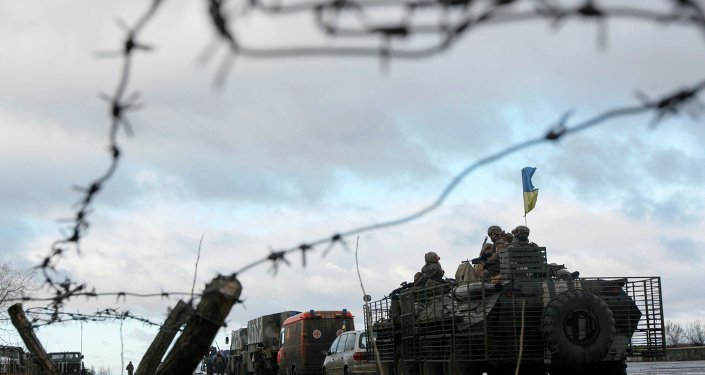 © REUTERS / Valentyn Ogirenko
Moscow Calls on Bosnia and Herzegovina Not to Deliver Weaponry to Kiev
MOSCOW, January 30 (Sputnik) – Sentences for four of the five men, who were convicted by the tribunal in 2010 and appealed the court's rulings the same year, were also confirmed.

The court upheld life-long prison sentences for Vujadin Popovic and Ljubisa Beara, high-ranking officials in the Bosnian Serb Army in 1995 who were charged with genocide, conspiracy to commit genocide, crimes against humanity and violations of the laws or customs of war.

Drago Nikolic and Vinko Pandurevic, charged with aiding and abetting genocide, and crimes against humanity and violations of the laws or customs of war, also had their sentences affirmed. They received prison sentences of 35 years and 13 years respectively.

Radivoje Miletic, who was convicted of crimes against humanity and violations of the laws or customs of war, had his sentence reduced from 19 to 18 years.

The convictions of the army officials were based on the events that followed the takeover of Srebrenica, a Muslim-majority town in the mainly Serb eastern Bosnia, in 1995. Starting from July up until November, around 8,000 Muslim men and boys from Srebrenica were murdered by Serb armed forces, with the entire Muslim population either fleeing the regions or being removed.

In total, the UN tribunal has indicted 20 individuals for crimes committed in Srebrenica in July 1995.