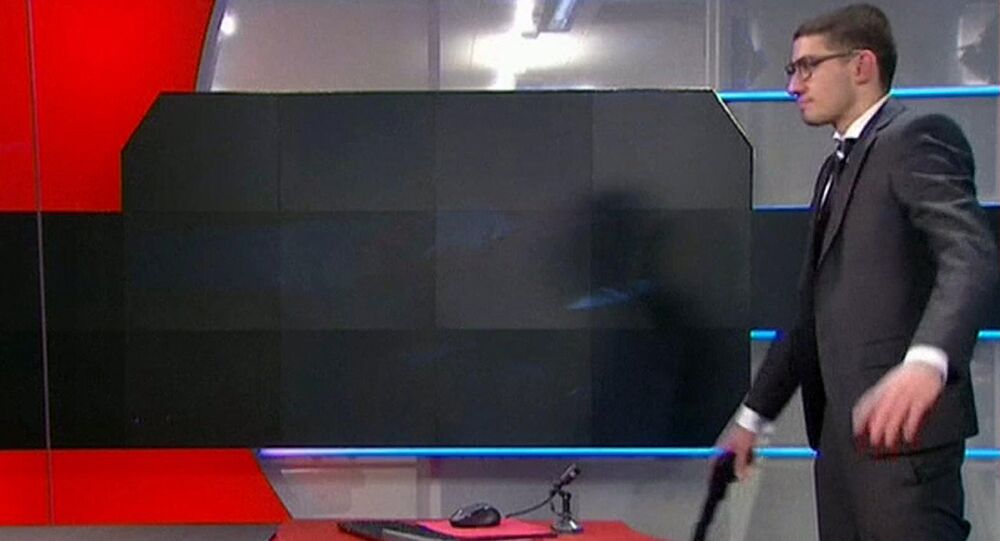 A teenager with a fake gun forced his way into the studio of Dutch TV broadcaster NOS, but was quickly apprehended by the police.

© Sputnik / Andrei Stenin
Dutch Broadcaster Claims to Have Proof Showing Real Reasons of MH17 Crash
MOSCOW, January 30 (Sputnik) — A 19-year-old forced his way into the TV studio of the Dutch network NOS demanding airtime, causing the cancellation of  the station's evening news bulletins and the evacuation of the building in Hilversum, North Holland, according to the BBC.

Shortly after the man was overpowered, police special forces combed the building for explosives and declared it safe at about 21:00 GMT, police spokesman Christine Scholts said.

"We are currently investigating who this man is and what he wants," she said.

What do you think is the most important event of the week?
Voted: 1072
All polls
"He took the security guard hostage and said he wanted airtime. If they didn't give it to him, he said there would be bombs in different places in the Netherlands that would explode if he didn't get time on TV," Scholts added.

Prosecutors, for their part, said that the man, who is reportedly from the Dutch town of Pijnacker, is being held on suspicion of making a threat, illegal possession of a gun and taking a hostage.

His motive remains unclear, Dutch media reported, adding that he was believed to be a student at Delft Technical University and had recently lost his parents.

The NOS footage showed the man saying: "The things that are going to be said [pause] — those are very large world affairs. We were hired by the security service."

According to the AP, a reporter speaking to the man said that he had claimed to be from a "hackers' collective."