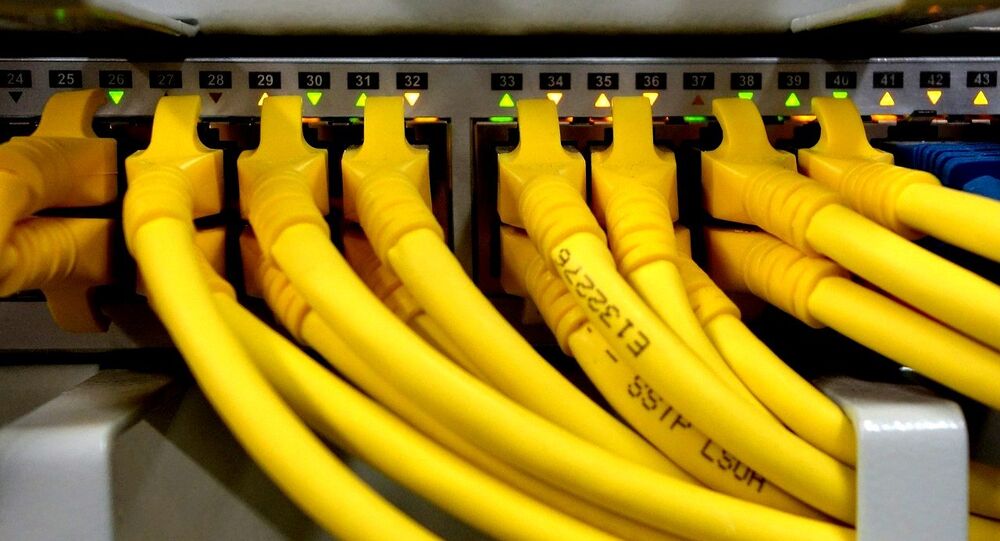 Human rights groups have condemned plans by four senior peers in the UK House of Lords to rush the so-called ‘Snooper's Charter' into law to allow for the controversial mass surveillance of all communications.

rmer defence secretary Lord King, former Metropolitan police commander Lord Paddick and several other peers staged a last-ditch attempt to pass new legislation to allow for more powers for the police and security services to tap phones and intercept electronic communications ahead of the general election in May.

However, the Liberal Democrats have criticised the plans for being an attempt to re-introduce parts of the previously blocked Communications Data Bill into the Counter-terrorism and Security Bill currently going through parliament.

"Can we pretend that we haven't been acting unlawfully for the past decade please?" #SnoopersCharter

Lord King said there remained a gap in the surveillance abilities of the police and security services.

"We face a very serious situation indeed in our country at present. Our legislation is not up to date to meet it, and it is the duty of Parliament to ensure that it is at this critical time. It is common ground across the House that the threat is now very significant. We are on the front line and we need to address that."

Lord King warned that terrorist groups across the globe are keeping in touch with each other in more and more ways via the Internet.

"We have Facebook and Twitter. Somebody tried to explain WhatsApp to me; somebody else tried to explain Snapchat. I do not know about them, but it is absolutely clear that the terrorists and jihadists do. The understanding is that part of the reason for ISIL's amazing advance across Syria and into Iraq was that their communications were so good and the way they kept together was entirely due to either of the last two systems that I mentioned, which they handled with great intelligence."

Battle Against the Charter

However, the Deputy Prime Minister Nick Clegg withdrew his support for the bill in April 2013, forcing Cameron to shelve his plans until the next parliament, after May 2015.

The Paris attacks, which started when 12 people were killed in a terrorist shooting spree at the offices of the satirical magazine, Charlie Hebdo, followed by further shootings and hostage-taking, have forced Cameron to push for further powers on behalf of the intelligence services.

In July 2014, the UK government was forced to pass emergency legislation, under the Data Retention and Investigation Powers Act to maintain existing powers to allow MI5, MI6 and GCHQ to track communications data, including phone and internet traffic data, following a European Court of Justice ruling on data retention.

Good news is that the #SnoopersCharter amendments to counter-terror bill were withdrawn. Bad news is they'll be back http://t.co/QJpwc54U6x

But the act included a termination clause that ensures the legislation falls at the end of 2016 and the next government will be forced to look again at these powers between now and 2016.

Sputnik spoke to Yair Cohen, a lawyer and internet specialist with Cohen Davis solicitors, who explained that existing laws in the UK already allow for routine surveillance, provided it is overseen:

The latest attempt by the Lords to introduce legislation ‘via a back door' was withdrawn during the House of Lords debate, but Lord King vowed to bring the matter back before parliament at a later stage.

However, one of Europe's most prominent human rights bodies — the Parliamentary Assembly of the Council of Europe (PACE), this week reported that the mass surveillance of all communications data ran counter to article 8 of the European Convention on Human Rights — the right to privacy.

#SnoopersCharter probably stopped for now in Lords but I fear it will be back after the election. Securocrats use fear to justify anything.

"Mass surveillance does not appear to have contributed to the prevention of terrorist attacks, contrary to earlier assertions made by senior intelligence officials. Instead, resources that might prevent attacks are diverted to mass surveillance, leaving potentially dangerous persons free to act."

In a report to PACE — to be debated in April 2015 — Pieter Omtzigt, a Dutch member of the European People's Party, said: "The Parliamentary Assembly is deeply concerned about mass surveillance practices disclosed since June 2013 by journalists to whom a former US national security insider, Mr. Edward Snowden [now living in temporary asylum in Moscow], had entrusted a large amount of top secret data establishing the existence of mass surveillance and large-scale intrusion practices hitherto unknown to the general public and even to most political decision-makers."

Despite the Lords' failed attempt this week to bring in mass surveillance by the back door, the issue is unlikely to go away, as David Cameron is eager to be seen as tough on terrorism in the run-up to the general election in May.