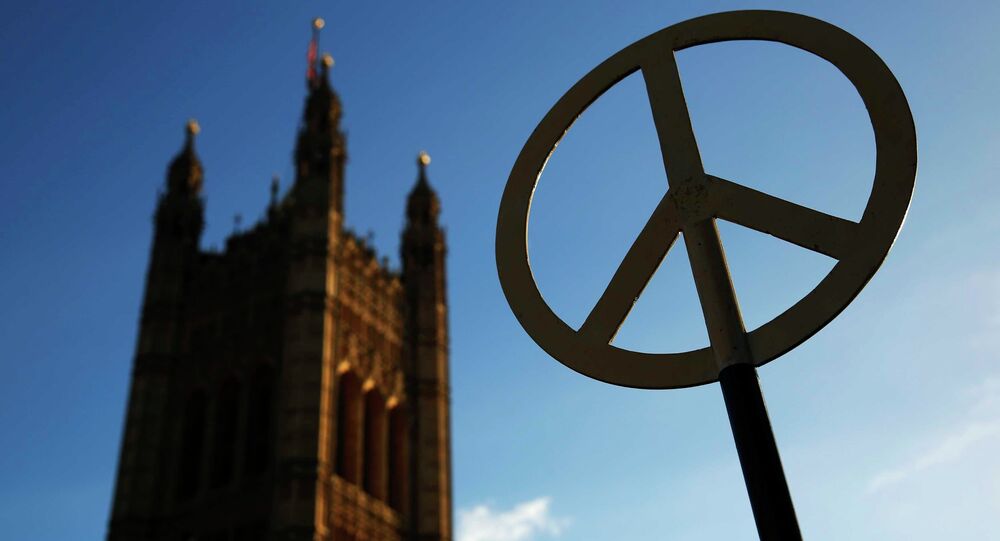 Londoners are protesting against plans of the UK government to spend 100 billion pounds ($150 billion) to replace a nuclear weapons system, the RT channel reported Saturday.

© Flickr / Mad House Photography
UK Home Office Flat Out Rejected Nuclear Winter Threat in 1984: Archives
MOSCOW, January 24 (Sputnik) – The protesters seek to force UK authorities to steer away from the Trident missile defense system, the decision on which is expected after the general election in Britain in May.

"Nuclear weapons are the most outdated stupid weapons of the 20th Century that have no realistic place in the security or the defense or deterrents policies of sensible nations in the 21st Century, so scrapping Trident is really a no brainer for the British people," Rebecca Johnson, vice-president of the Campaign for Nuclear Disarmament, was quoted as saying by the channel.

She added that such large expenditures could be used to tackle the country's other issues, health services being one of them. Protesters believe that climate-related problems could also be solved with these funds.

Trident is a UK defense system set up in the 1980s that involves the development and procurement of nuclear weapons. The replacement of the nuclear-powered ballistic missile submarines is said to be already underway.

UK, French FMs to Return to Vienna for Talks on Iran's Nuclear Issue