UN Says Over 920,000 Ukrainians Internally Displaced Due to Conflict

The UN Office for the Coordination of Humanitarian Affairs announced that Ukraine has more than 920,000 internally displaced people.

UNITED NATIONS, January 24 (Sputnik) – Ukraine, which has been suffering from an internal conflict since the spring of last year, now has more than 920,000 internally displaced people (IDPs) the UN Office for the Coordination of Humanitarian Affairs (OCHA) announced in a report.

"Renewed fighting in the east of the country has resulted in additional displacement, civilian loss of life, destruction of infrastructure, all resulting in increasing humanitarian needs. As of 21 January, MoSP – the government entity officially in charge of IDP registration — has registered 921,640 IDPs across Ukraine, an increase of 47,878 since their last report on 14 January," the Friday report said. 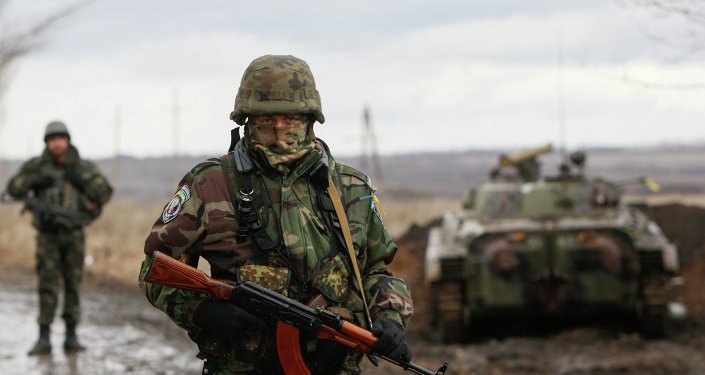 © REUTERS / Valentyn Ogirenko
Over 1.2 Million Displaced in Eastern Ukraine Due to Military Conflict: UN
The situation report, which covers the period from January 10, 2014 until January 23, 2015, also stressed that "multiple civilian casualties" were reported this week "with as many as 15 people killed, and more than 20 civilians injured following the shelling of a public transport stop in the city of Donetsk".

Earlier on Friday, a spokesperson for the UN High Human Rights Office (OHCHR), Rupert Colville, announced in a statement that the death toll from the Ukrainian crisis has surpassed 5,000 and now stands at 5,086 with the UN fearing that the real figure may be considerably higher.

On Thursday, the shelling of a trolleybus stop in the city of Donetsk in southeastern Ukraine killed at least 15 and injured more than 20 people.

Clashes between Kiev forces and independence fighters in east Ukraine intensified in the first weeks of 2015, despite a ceasefire agreement reached between the two sides in September, 2014 and a "silence regime" introduced in the region on December 9.

Kiev forces launched a military operation in the Donetsk and Luhansk regions in mid-April of last year, in response to local residents" refusal to recognize the new government, which came to power as a result of a coup in February.