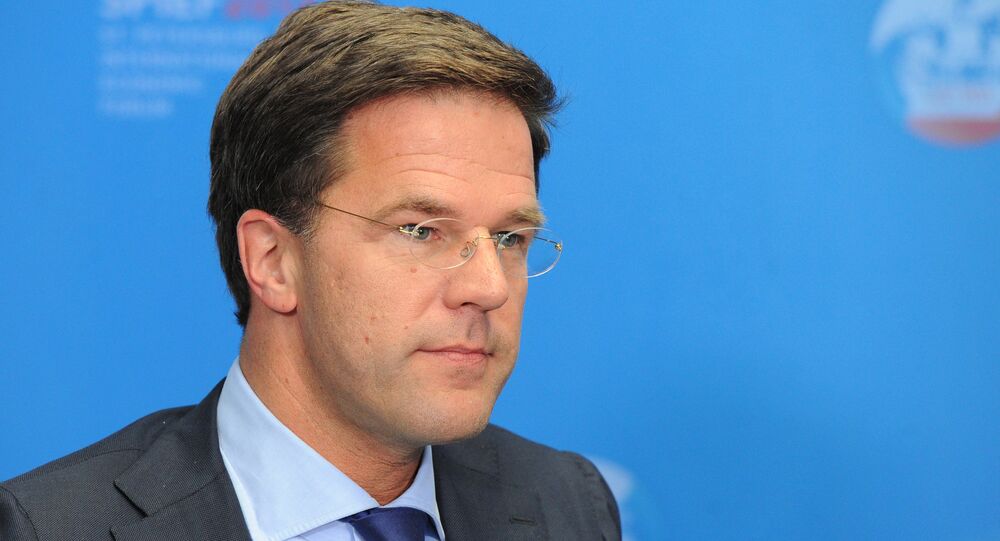 Netherlands Prime Minister said that the final report on the crashing of the Malaysia Airlines flight MH17 in south-eastern Ukraine is expected to be ready by the second half of this year.

MOSCOW, January 23 (Sputnik) — The final report on the crashing of the Malaysia Airlines flight MH17 in south-eastern Ukraine is expected to be ready by the second half of this year, Netherlands Prime Minister Mark Rutte said as quoted by New Straits Times newspaper Friday.

According to the media outlet, Rutte told his Malaysian counterpart Najib Razak that the independent committee investigating the crash will be ready with its final report during the World Economic Forum.

© Sputnik / Masha Ross
Lavrov: International MH17 Crash Investigation Violates ICAO Rules
Najib was assured by Rutte that the final report will be sent to Malaysia first before it is released to the public, the newspaper reported.

On July 17, Malaysia Airlines flight MH17 en route from Amsterdam to Kuala Lumpur crashed in south-east Ukraine, with all 298 people on board losing their lives. Last September, a preliminary report by the Dutch Safety Board implied that the Boeing 777 had been hit by high-energy objects and broke up mid-air.

The Kiev authorities accused the Eastern Ukrainian independence supporters of shooting the aircraft down. The latter denied those allegations.

A former Ukrainian airbase employee suggested in December that the Boeing might have been downed by a Ukrainian Su-25 aircraft carrying an air-to-air missile. The witness also identified the Su-25 pilot, but the Ukrainian Security Service said Capt. Vladislav Voloshin was not on duty the day the Malaysian aircraft crashed.