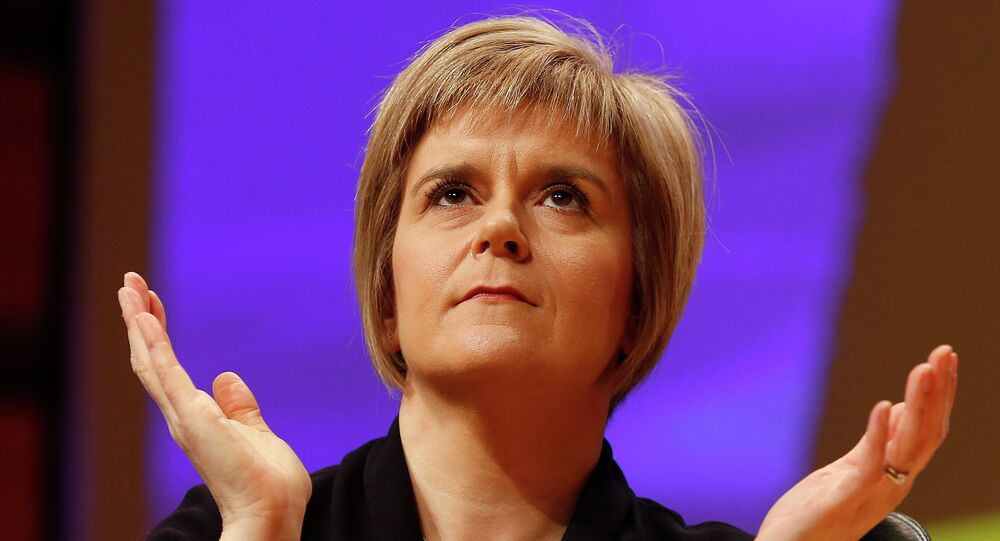 The next few weeks may decide the future of fracking in Scotland. According to anti-fracking campaigners, the SNP government may change their mind about fracking and give it the green light after all.

MOSCOW, January 19 (Sputnik) — Scottish environmental activists are worried that a series of upcoming decisions may force the Scottish National Party (SNP) to change their mind about the current suspension on fracking, the Guardian informs.

© East News / Science Photo Library
UK Environment Agency Gives Go-Ahead to Fracking in Lancashire
Later this week, SNP MPs will vote on an amendment to the infrastructure bill, which includes a proposed moratorium on fracking. Friends of the Earth, an international environmental organization, say this will be a crucial test of intent for the government.

“While the Scottish government has been more cautious in its approach to unconventional gas to date than its UK counterpart, the goal posts have shifted in recent months with Ineos’s plans to frack large parts of the central belt, and Cluff’s ambition to set coal seams under the Forth alight. Ministers must act now using existing powers to stop the unconventional gas industry before it becomes entrenched.” – said Mary Church, head of campaigns for Friends of the Earth Scotland, as cited by the Guardian.

The issue of fracking became one of the hotly disputed topics during last summer’s independence referendum campaign. Back then, when it suited the SNP, the party opposed fracking and sided with local opposition groups in an attempt to increase their support, the Guardian says.

Fracking, or hydraulic fracturing refers to the extraction of shale gas through the injection of high-pressure liquid into soil. The primary concerns over fracking include contaminated groundwater, increased carbon emissions, which is caused by leaking methane gas, and even earthquakes.

TIME TO GET ORGANISED! #Scotland is threatened by all 3 #fracking technologies. All details: http://t.co/ErD4qFlSiA pic.twitter.com/wIvpz3MZ0h

In August 2014, protests against shale gas production, including the fields belonging to Cuadrilla, took place in Northern England.