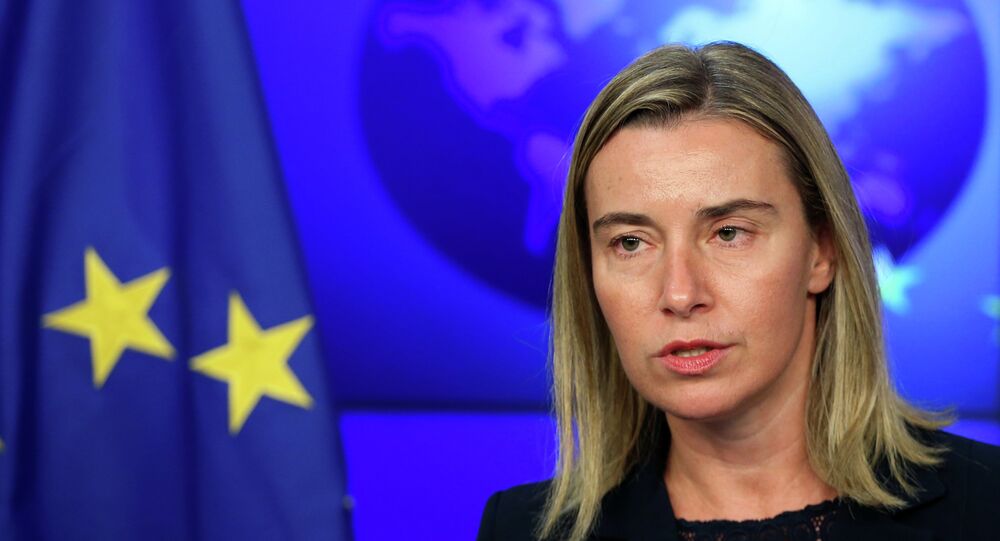 According to EU foreign chief Mogherini, terrorism is targeting most of all Muslims in the world so Europe and Arab countries need a dialogue to face the issue together.

"I'm having now, just before we start, a meeting with the Secretary General of the Arab League, Mr El Araby, as the threat is not only the one we faced in Paris, but also spreading in many parts of the world, starting with Muslim countries. We need to strengthen our ways of cooperating together, first of all with Arab countries but also internally," Mogherini told journalists upon arrival at the Foreign Affairs Council.

According to Mogherini, terrorism is not an issue between Europe or the West and Islam. "Terrorism and terrorist attacks are targeting most of all Muslims in the world so we need an alliance, we need a dialogue there to face the issue together," she said.

Terror threat levels have been rising across Europe, following the attacks in France that claimed lives of 17 people. Last week, several large-scale anti-terrorism raids were conducted across the continent, with three people arrested in Berlin, two killed and one arrested in eastern Belgium, and 12 detained in towns close to Paris.