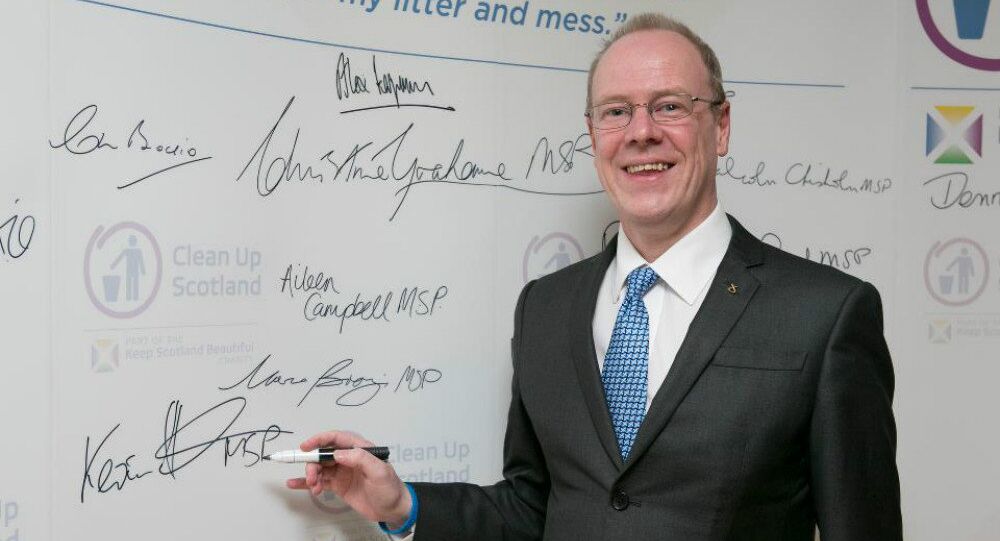 Member of Scotland's parliament stated that British government's welfare policies have led to record numbers of Scots becoming dependent on food banks to feed themselves and their families.

© Flickr / Ilya
Powerful Atlantic Storm Leaves Over 70,000 Homes in Scotland Without Power
EDINBURGH, January 16 (Sputnik) – The British government's welfare policies have led to record numbers of Scots becoming dependent on food banks to feed themselves and their families, a member of Scotland's parliament said Friday.

"The fact that record numbers of people in Scotland had to rely on food banks last month is heartbreaking. Behind each of these visits is an individual or family that has been driven to the brink by Westminster's actions," Kevin Stewart said in a statement.

According to new figures published by the Trussell Trust, which operates 48 food banks across Scotland, nearly 10,500 people visited one of its facilities in December, a rise of almost 15 percent from the year before.

The charity added that one-third of those dependent on food handouts are children.

UK ministers have consistently refused to be cross-examined by the Scottish Parliament's welfare reform committee members to explain its austerity agenda that has seen significant cuts to welfare benefits.

"When UK ministers refuse time and time again to appear in front of the Scottish Parliament to justify their actions, it is difficult to escape the conclusion that they simply do not care about the damage they are doing," Stewart continued.

Rising poverty rates in Scotland have coincided with London retaining oversight of 15 billion pounds ($22.8 billion) in welfare spending late last year, while allocating $3.8 billion to the Scottish Parliament. Westminster's concessions took place in a bid to allow greater autonomy to the nation that came close to ceding from the United Kingdom in a referendum held in September.

Powerful Atlantic Storm Leaves Over 70,000 Homes in Scotland Without Power

Cargo Vessel With 8 People on Board Overturns North of Scotland: Reports