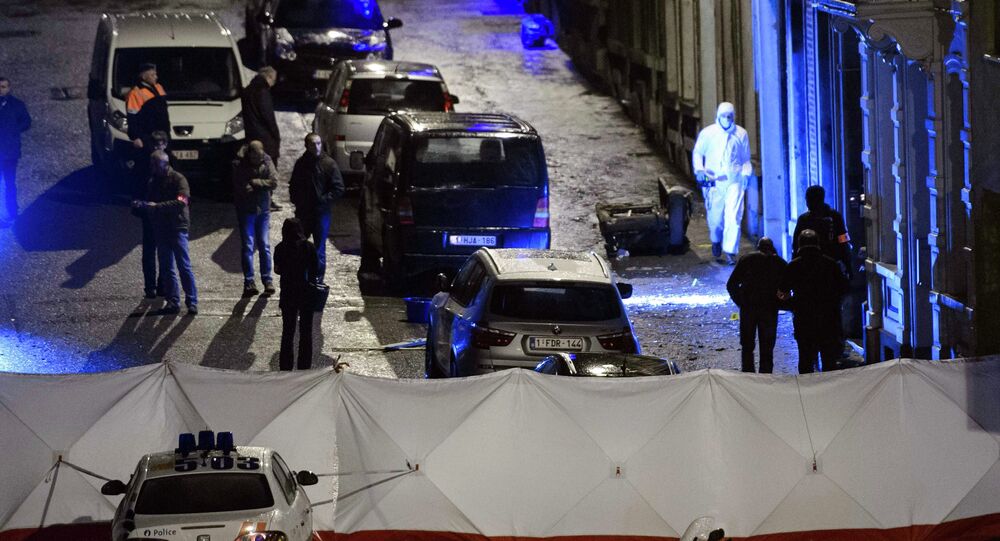 Prime Minister Charles Michel raised the country's terror alert level to its second-highest level, resulting in tightening security and the closure of Jewish schools in the port city of Antwerp and in Brussels due to security fears.

Belgian officials have stated that they averted an "imminent" attack on a police station in a raid aimed at a terror cell whose members were said to have recently returned from Syria, Belgian Foreign Minister Didier Reynolds said. Federal Prosecutor spokesperson Thierry Werts noted that the preliminary "investigation was able to establish that this group was about to commit terrorist attacks on a grand scale in Belgium, and imminently."

Police shot and killed two suspects, wounding and arresting a third after a raid turned into a gun battle using automatic weapons. Police commandos met with gunfire as they attempted to access a flat above a bakery being used by the terror suspects, Euronews explained.

Prosecutor Eric Van Der Sypt told press that "the suspects immediately and for several minutes opened fire with military weaponry and handguns on the special units of the federal police before they were neutralized," the BBC quoted him as saying.

The suspects are reported to have been under surveillance for some time leading up to the raid, with officials fearing that the suspects could have been inspired to jump into action much sooner due to the Paris attacks, Reuters explained. Former Belgian counterterrorism head Andre Jacob told Belgian television channel RTBF that "Paris may have speeded things up, in the sense that every country in Europe is on alert. Some information that may have been barely 'ripe' has been acted on quicker than planned…because the threat was real."

Belgian police also conducted several search operations in Brussels and its suburbs. Two terror suspects were arrested in the Brussels suburb of Zaventem.
Belgian security officials have stated that the search operations had finished, but authorities would now be working to "exploit the information" obtained, Reynolds said, quoted by AFP.

Sypt noted that security officials have found "no link at this stage" to the Paris attacks, although they have stated earlier that a Belgian national has been arrested, accused of supplying Jewish kosher deli attacker Amedy Coulibaly with the weapons used in the attack.

Meanwhile French and German police are reported to have made fresh arrests following last week's attacks in Paris. French police detained 12, nine men and three women in the suburbs of Paris, allegedly in connection with last week's attacks on the satirical magazine Charlie Hebdo and the Kosher deli market. Police stated that the suspects may have provided "logistical support" to the terrorists. German police carried out raids in and around Berlin involving over 200 police officers, arresting a Turkish-born suspect said to be planning to carry out an attack in Syria together with Russian nationals from the regions of Chechnya and Dagestan.

Belgian officials have said that over 300 people had left the country to fight in Syria in the Islamic State militant group. The country is said to have the highest number of fighters per capita fighting in Syria and Iraq. Four people were shot dead in an attack by a suspected Syria militant in at the Brussels Jewish Museum in May 2014. A court in the city of Antwerp is set to deliver its verdict on 46 people accused of recruiting young men to join the Islamic State terror group next month, Reuters has said.