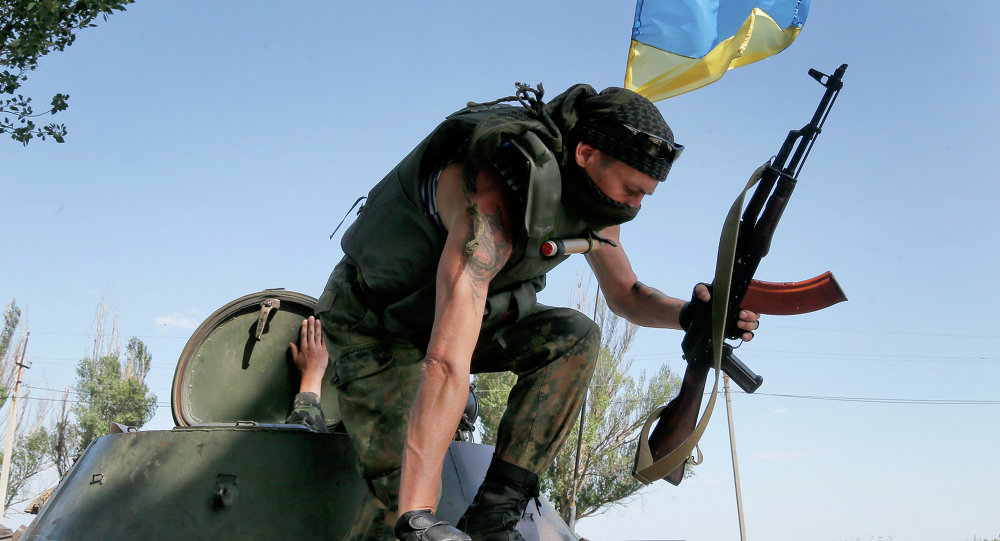 The draft legislation was supported by 256 Verkhovha Rada lawmakers, with 226 votes necessary for approval.

The adopted law stipulates that "Ukrainian male citizens who are physically qualified for military service, over 18 years old and older, but who have not reached the age of 27, and who have no right for exemption from military service" will be conscripted.

Kiev reinstated the military draft in 2014 to address the deteriorating security situation in eastern Ukraine.

In December 2014, Ukrainian National Security and Defense Council secretary Oleksandr Turchynov said that the minimum age limit would be raised from 18 to 20, with recruits serving in the military for 1.5 years.

On Wednesday, Ukrainian President Petro Poroshenko signed a decree authorizing a three-stage mobilization in the country in 2015. Kiev plans to call up some 50,000 people during the new wave of mobilization to bolster its military.