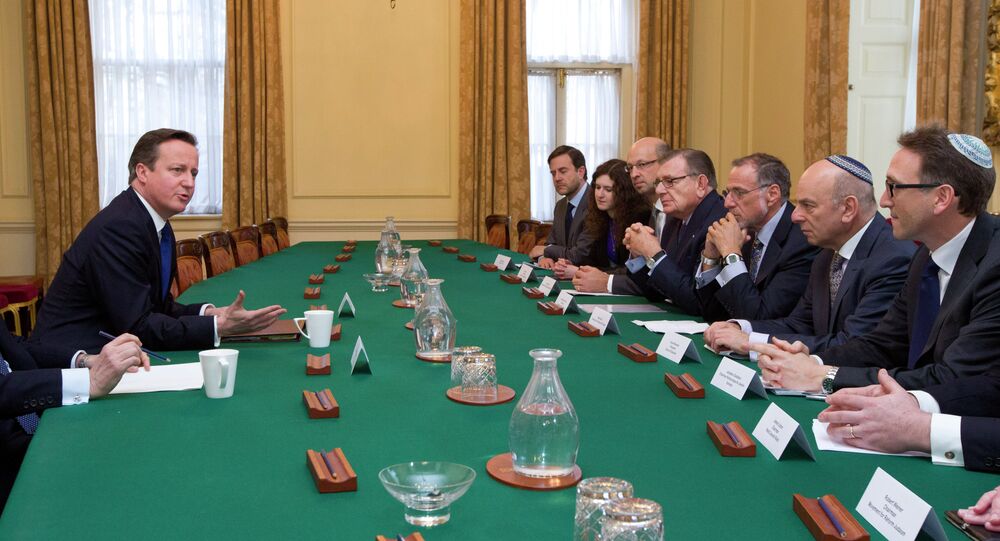 Campaign Against Anti-Semitism (CAA) finds record highs in the number of anti-Semitic incidents in Britain.

© East News / AP Photo/Ariel Schalit
US Concerned About Anti-Semitic Incidents in Europe: State Department
MOSCOW, January 14 (Sputnik), Daria Chernyshova — The Board of Deputies of British Jews and the Jewish Leadership Council (JLC) are urging against complacency about the possible reemergence of anti-Semitism in the United Kingdom, as the Campaign Against Anti-Semitism (CAA) finds record highs in the number of anti-Semitic incidents in Britain.

“Even when allowing for the methodological flaws of the research, the anxiety articulated is real and we should not be complacent about the re-emergence of antisemitism in the past year, as highlighted by many Community Security Trust (CST) reports,” the statement emailed to Sputnik News Agency Wednesday by the Board of Deputies of British Jews says.

The CAA report entitled The Annual Anti-Semitism Barometer revealed the shocking scale of anti-Semitism across the United Kingdom and states that the “year 2014 saw a record-breaking number of antisemitic incidents perpetrated against Jewish people and Jewish property in Britain.”

The Board of Deputies of British Jews underlines that “it is important to remember that the current level and nature of antisemitism in Britain is not as bad as we have seen in France and other European countries and incidents of a violent nature are much lower than they have been in previous years.”

According to various reports, record numbers of Jews left France in 2014 due to growing anti-Semitism. According to the Jewish Chronicle, around 100,000 Jews have left France over the last 18 months.

“Every single French Jew I know has either left or is actively working out how to leave,” Stephen Pollard, the editor of the Jewish Chronicle, tweeted last week following the attacks in Paris, when an Islamic terrorist took six people hostage at a kosher supermarket.

“What’s going on in France — outrages that have been getting worse for years — put our anti-Semitism problems in perspective,” Pollard tweeted.

According to the CAA study, 45 percent of British adults believed “at least one of the antisemitic statements shown to them” to be true. The survey also found that 60 percent of British Jews see no long-term future in the United Kingdom.

The Board of Deputies of British Jews underlined that the British Jewish community “should know that the challenges we face, such as antisemitism, are being confronted by the highest levels of government in meetings with major Jewish organisations.”

“This reflects the commitment to ensuring Britain remains a safe place for Jews to live, of which it unquestionably is,” the statement sent to Sputnik says.

The CAA Anti-Semitism Barometer states that Britain is at a tipping point and “the results of our survey should be a wakeup call.” The study, consisting of a YouGov study and a CAA poll of British Jews urges that anti-Semitism is treated “with zero tolerance," otherwise it will continue to grow and says that “British Jews may increasingly question their place in their own country."