The France attacks have increased Islamophobia on social media networks, further putting Muslim people at risk. The world should react and condemn attacks not only in Western countries, but also in Islamic countries, the Turkish Deputy Prime Minister says. 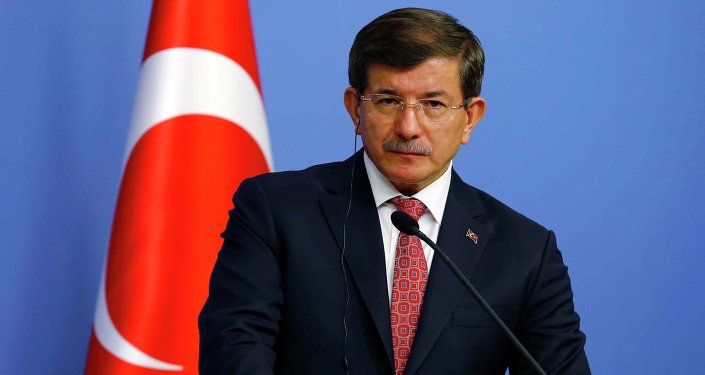 “There are victims of terror seen every day, every week, every month in the Muslim world,” Akdogan added, as quoted by the Anadolu news agency late Monday.

The minister said that the world should react and condemn attacks not only in Western countries, but also in Islamic countries.

Akdogan reaffirmed that Turkey rejected all forms of violence, adding that the attacks in France brought wider attention to a global problem, as reported by Anadolu.

The politician stated that the France attacks have increased Islamophobia on social media networks, further putting Muslim people at risk.

© REUTERS / Hadi Mizban/Pool
Blaming Turkey for Paris Terrorist Attacks Unfair: Turkish Prime Minister
According to the news agency, last Tuesday a day before the attack on the Charlie Hebdo magazine in France, nearly 40 people were killed in Yemen; another three soldiers were killed in Saudi Arabia and one police officer was killed in the Turkish city of Istanbul.

Last week, France experienced three attacks which left 17 people dead. On Wednesday, the Charlie Hebdo magazine's office in Paris was attacked by two Islamic extremist gunmen who killed 12 people. The following day, a policewoman was killed in the city. On Friday, four hostages were killed in a Paris supermarket. The attacks caused a strong and widespread rejection of violent terrorist acts in Europe.