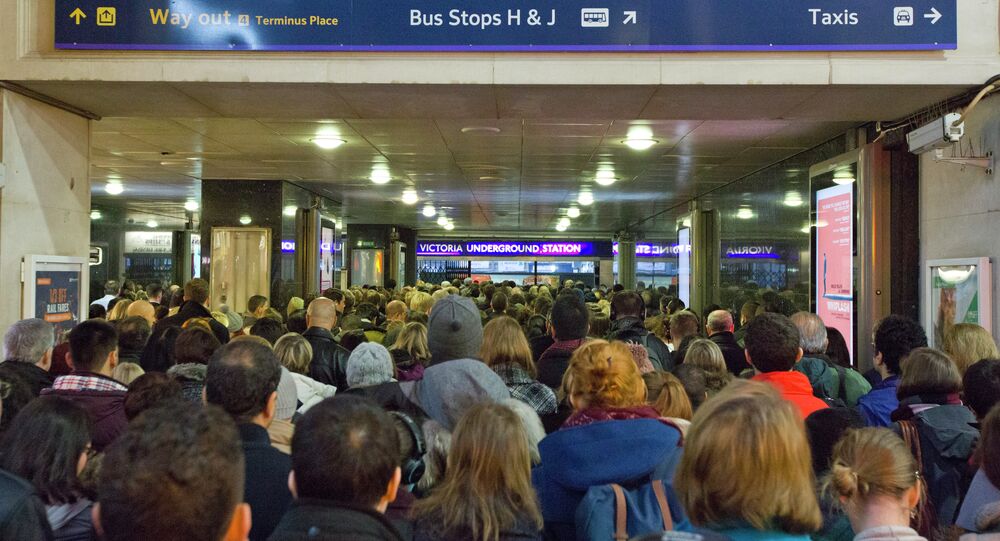 Chaotic scenes have been reported by commuters in London struggling to get into work during a bus strike.

At Brixton and Victoria tube stations, crowds doubled in number and shuffled towards the escalators. But the response to London's bus strike at rush hour ranges from ‘apocalyptic' to an 'oasis of calm'.

While commuters at Brixton reported 'zoo'-like conditions, London's most populated street, Oxford Street, was ‘unrecognisable'. Red double decker busses had deserted the route leaving it an ‘oasis of calm' for shoppers.

Bus drivers are striking in a dispute over pay and conditions on two thirds of London's bus routes.  The Unite union is campaigning for a single pay rate. With 18 different bus companies operating in London, pay varies from £9.30 to £12.34 an hour.

According to Transport for London, 16 per cent of Unite members backed the strike action.

Writing in the Independent, Preston Tabois, a bus driver of 15 years and Unite convener defended his decision to strike.

"We're not being unreasonable or greedy — this isn't about money. All we're asking for is one agreement covering the pay, terms and conditions of London's 27,000 bus workers."

I'm not striking today because I'm greedy – it isn’t even about money http://t.co/82bhmaZts0 #BusStrike pic.twitter.com/SHaF1JrMzy

"We're calling on the bus companies to get around the negotiation table to work out a single agreement that covers all bus drivers' pay, terms and conditions".

"I am very sorry that the leadership of Unite have chosen to disrupt the journeys of bus passengers, especially given that only 16 per cent of the bus drivers voted for strike action.

"As the bus companies who employ the drivers have said, it makes no sense to pay all drivers precisely the same amount. As in all professions, bus drivers have different skills and experience and it is only right that this can be reflected in pay.

Weston adds: "If all drivers are paid the average then by definition half of all bus drivers will need to take a pay cut. Any 'levelling up' of pay to the highest rates would lead to a cut in bus services, an increase in fares, or both.

Buses today could be delayed/cancelled due to industrial action, please allow extra time for your journey. #BusStrike

"London has one of the best and most extensive bus networks anywhere in the world. It would be much better if the leadership of Unite actually worked with the bus companies to ensure that it remains that way rather than disrupting bus passengers."