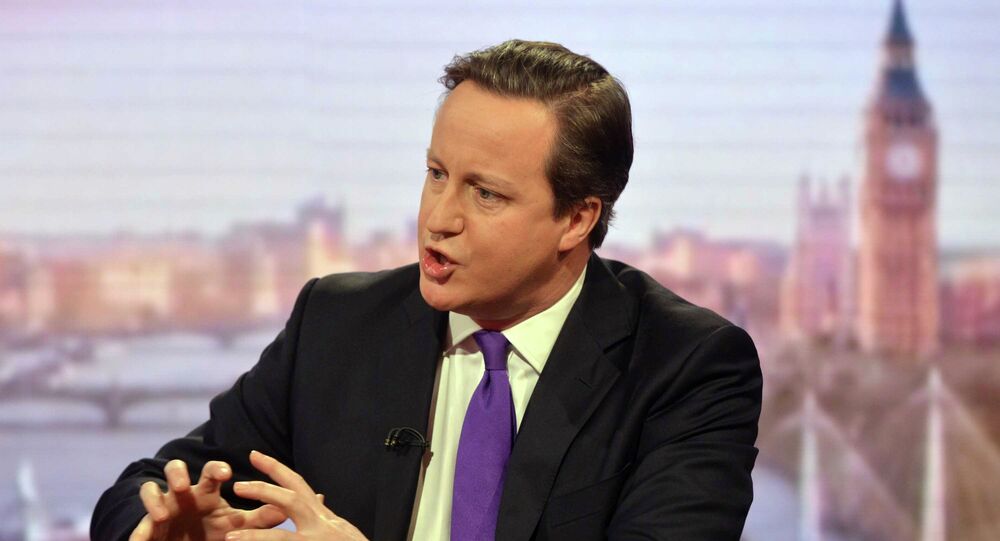 UK Civil liberty activists fear that the Communications Data Bill will turn Internet providers into extensions of the British surveillance apparatus and create a "state of siege".

"This idea was previously thrown out for good reason. To turn Internet Service Providers into branches of the state, quite aside from the specific ways it could be misused by the Security Service to suppress perfectly legitimate dissent, creates an atmosphere akin to a state of siege that is likely to have ill effects," Haley, who is Chairman of Scotland Against Criminalising Communities, said.

© AFP 2020 / MATTHIEU ALEXANDRE
EU to Work With Web Providers to Remove Terrorism-Related Content
At the weekend, following a series of terrorist attacks in France, UK Prime Minister David Cameron told the television news channel ITN that if the Conservatives win a majority at the next UK General Election he will reintroduce the Communications Data Bill that will require ISPs and mobile phone companies to retain every customer's record of activity.

Haley told Sputnik that Cameron's comments amounted to a U-turn on previous commitments to roll back surveillance and anti-terrorism legislation.

"The thing I find really remarkable about all of this is that before the Tories came to power one of the things they were promising to do was to roll back some of the things the Labour Government had introduced like excessive powers of surveillance and anti-terrorism legislation," Haley said.

East News/ Leszek Kotarba
Defending Free, Open Internet Critical for Global Democracy: Estonian President
"To a very small degree [the Conservatives] did that and it was very welcome, but now we see them reversing the whole of that policy and I don't see any good reason for it," he added.

Asked by Sputnik whether the Liberal Democrats would oppose the reintroduction of the Communications Data Bill, Justice Minister Simon Hughes said that security measures in the country must be justified and necessary, and not "trample on our civil liberties".

"The idea that you protect free speech by spying on every law-abiding person in this country is a contradiction in terms. You can't have an open society if you are constantly worried that the state is prying into your daily life," Hughes said.

The Communications Data Bill aims to collect and store data from people's computers and phones, which includes emails and browser history. The so-called Snoopers' Charter will see the information of every single citizen in the UK stored for a year.