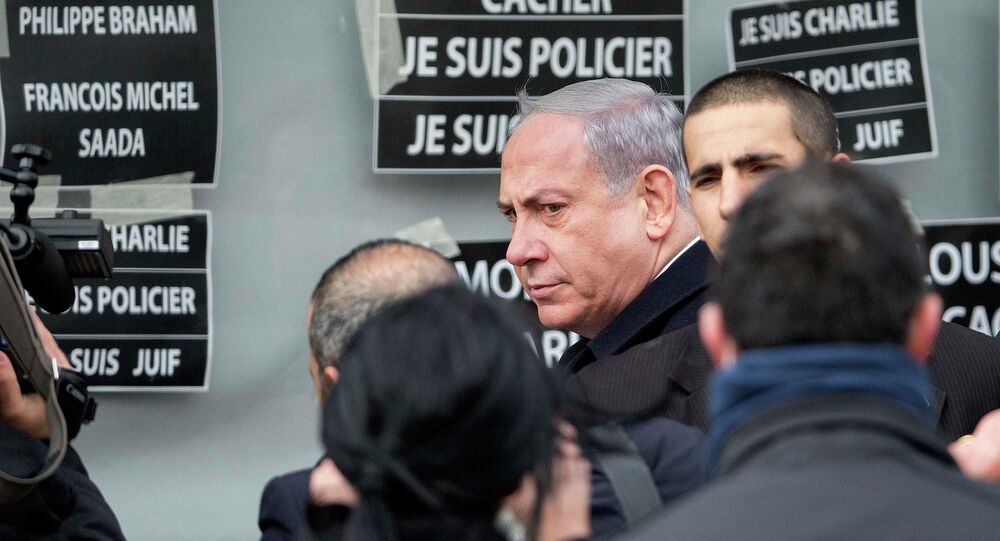 Dozens of people gathered near the Paris kosher shop on Monday to greet the Israeli prime minister, who payed tribute to the victims of the recent terrorist attack.

Dozens of people gathered near the kosher shop on Monday to greet the Israeli prime minister, with some people carrying the flag of Israel.

"I embraced the two brothers and told them the entire Jewish People embraces the families — a moment of genuine Jewish solidarity," Netanyahu said on his Twitter account.

I embraced the two brothers and told them the entire Jewish People embraces the families — a moment of genuine Jewish solidarity.»

Israel supports Europe in the struggle against terrorism and the time has come for Europe to support Israel in the exact same struggle."

The gunman has been linked to the two killers in the Wednesday attack on the office of the French Charlie Hebdo magazine.

On Sunday, a unity rally took place in Paris, with people calling for an end to extremist violence. More than three million people participated in the march, alongside over 40 world leaders, walking with linked hands in solidarity with the victims and their families.

Prime Minister Benjamin Netanyahu: I marched now in one row with world leaders in order to unite against terrorism. pic.twitter.com/zip49mn8CJ