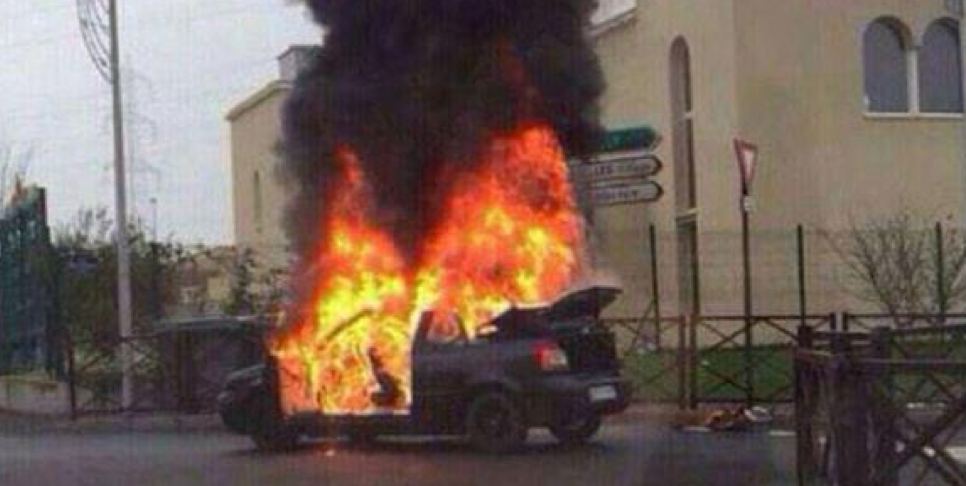 The Mayor of the Sarcelles commune Francois Pupponi denied that a burning car beside a Synagogue is related to the terrorist attack at the Charlie Hebdo magazine headquarters in central Paris.

MOSCOW, January 7 (Sputnik) — A burning car beside a Synagogue in northern suburbs of Paris was accidental, not a terrorist act, Metronews cited the local mayor as saying Wednesday.

The Mayor of the Sarcelles commune, where the car fire took place, Francois Pupponi has denied that the incident is related to the terrorist attack at the Charlie Hebdo magazine headquarters in central Paris.

On Wednesday morning, three gunmen killed 12 people in Charlie Hebdo office, 20 people were injured. The killers managed to escape from the scene in a car and remain at large.

The attackers stated that they were linked to al-Qaeda, according to media reports.

Charlie Hebdo is a weekly French satirical magazine. It has previously been involved in a number of controversies involving radical Islamic fundamentalists. The magazine's former office was fire-bombed in 2011 after publishing controversial cartoons depicting the prophet Muhammad.