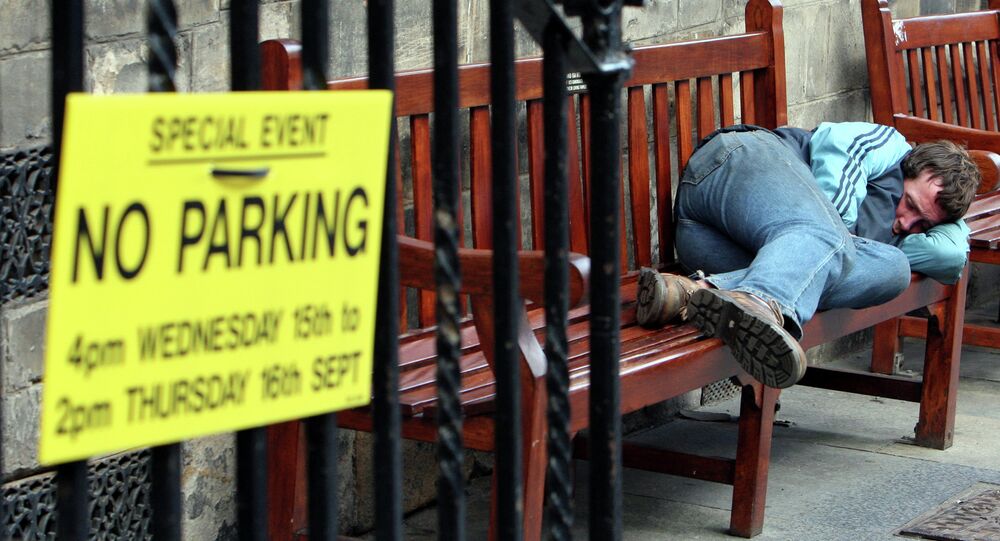 36,457 households made homeless applications in Scotland according to Scottish homeless charity Shelter.

Graeme added that the significant weakening of the welfare state in recent years has made it more important than ever to ensure that vulnerable households are offered support before being pushed into crisis.

© AP Photo / Alastair Grant
Member of Scottish Parliament Slams UK’s Royal Mail Sell-Off as ‘Botched’
The report revealed an 18 percent rise in homeless applications received by local authorities from people formerly living in privately rented households over the past 12 months. Out of the 36,457 households in Scotland that made homeless applications during 2014, 24 percent were categorized as long-term homeless.

In addition, 10,281 households in Scotland were reported to be in temporary accommodation as of March 2014. Despite the number decreasing since 2011, “it should be noted […] that this figure is still 60% higher than the same period in 2002,” the report stated.

The report also highlighted that the largest proportion, 46 percent, of homeless applications in Scotland were made by single men, with the majority of those applicants citing their reason for homelessness as being asked to leave their current accommodation by another member of the household.