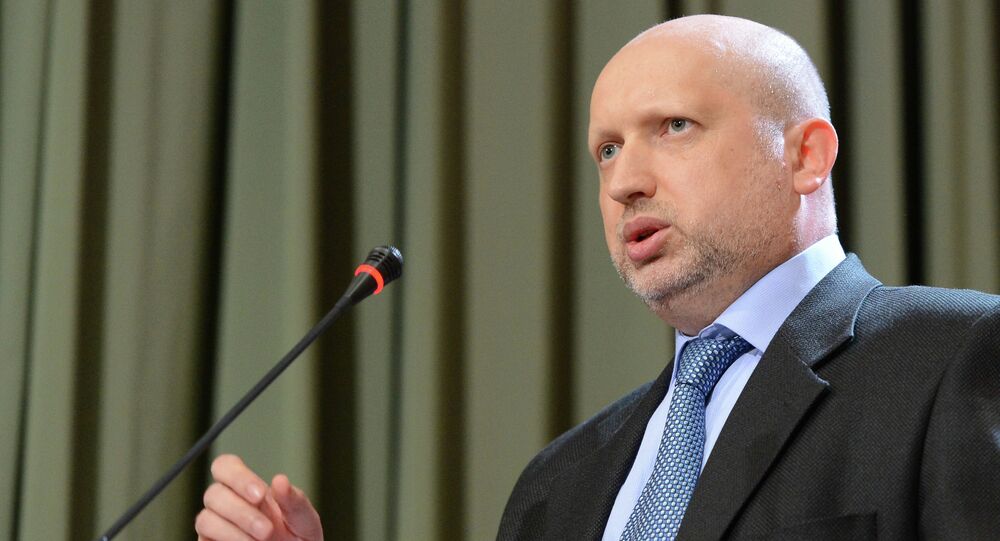 Seven corridors are created through the line of contact in the special operation zone in the Donetsk Region, all the rest will be blocked, Ukraine's National Security and Defense Council head Turchynov said.

"Seven corridors are created through the line of contact, all the rest will be blocked," NSDC's press service quoted Turchynov as saying.

The NSDC secretary also added that the movement limitation was caused by the ongoing "complex anti-terrorist activities."

In April 2014, Kiev forces started a military operation against independence supporters in eastern Ukraine, who refused to recognize the coup-imposed central government.

© Sputnik / Igor Maslov
New Year's Eve Passes Smoothly in Donetsk, Without Hostilities: City Hall
A ceasefire agreement, brokered by Russia and the Organization for Security and Co-operation in Europe (OSCE), was signed between the conflicting sides in September. On December 9, a "silence regime" was declared in a bid to revive peace negotiations between the sides.

On December 16, the OSCE reported that the Donetsk and Luhansk people’s republics had started withdrawing large caliber weapons from the country’s southeast. Ukraine’s army claimed that it would start withdrawing heavy artillery from the line of contact only after the full cessation of hostilities.

Following the implementation of the ceasefire, however, both Kiev and the eastern Ukrainian self-proclaimed people’s republics have repeatedly accused each other of violating the truce.

Ukrainian Reconciliation Talks Can Be Held on January 16: DPR Envoy