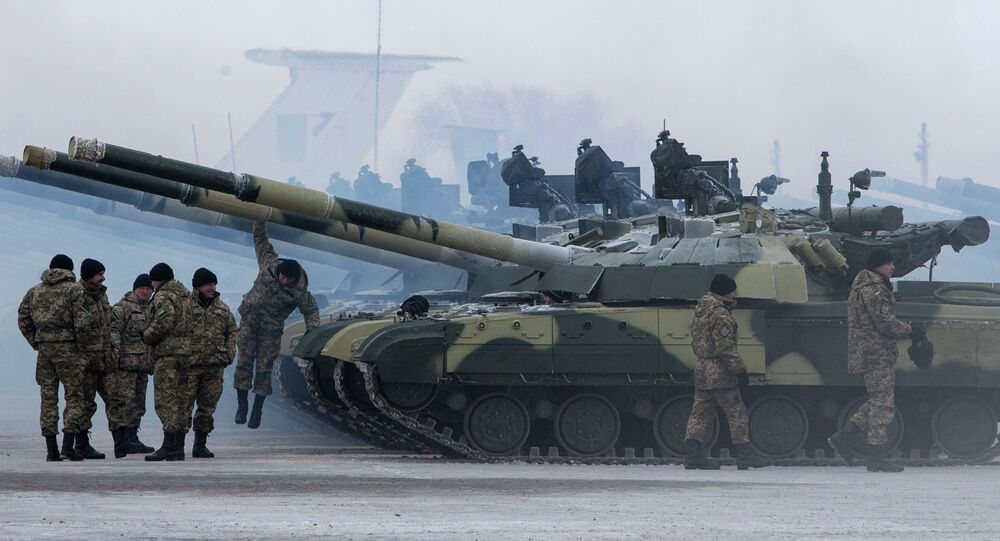 After December 31 there have been less ceasefire violations, according to a commander of the self-proclaimed Donetsk People's Republic's militia.

“Before the New Year, the number of violations varied between 10 and 25 cases a day. After December 31 there have been less such incidents, the intensity began to decline,” Basurin told reporters.

Kiev-led forces violated the ceasefire agreement 10 times during the day, he added, noting that no casualties have been reported.

© Sputnik / Vitaliy Belousov
Ukrainian Reconciliation Talks Can Be Held on January 16: DPR Envoy
Earlier on Saturday, Ukrainian forces informed that they had recorded eight ceasefire violations by the militia in the course of the night.

Kiev and eastern Ukrainian militia agreed on a ceasefire deal in September in Minsk following months of bloodshed but have subsequently accused each other of breaking the truce.

In a bid to renew ceasefire efforts, Ukrainian President Petro Poroshenko introduced a "silence regime" in the conflict-torn regions on December 9. The announcement was followed by a new round of Minsk negotiations, brokered by Russia and the OSCE, on December 24. During the talks, the sides agreed on a new prisoner exchange round, which was carried out on December 26.