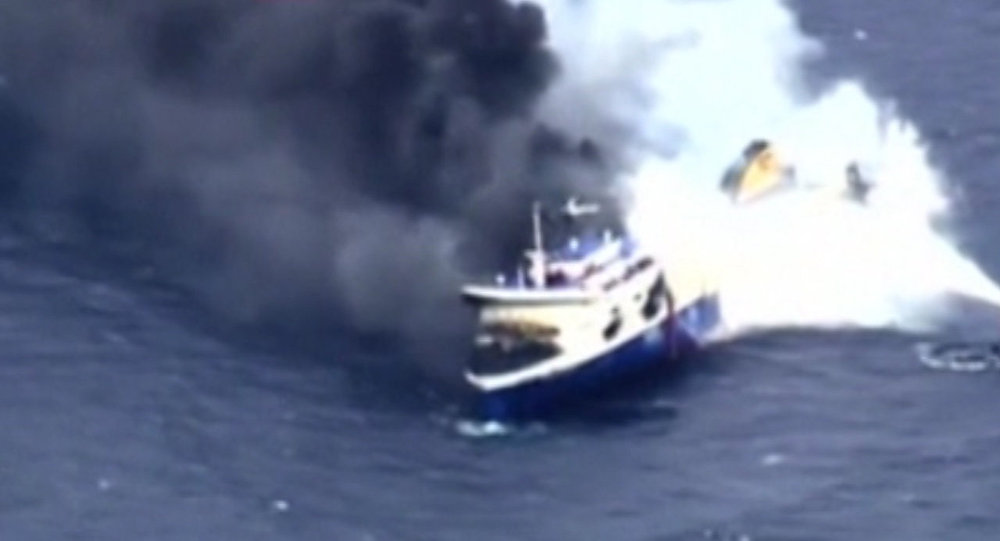 427 people including 56 crew members were reportedly rescued off the ferry, 10 are confirmed dead and the number of people missing is still unknown.

MOSCOW, December 30 (Sputnik) — The death toll in the Norman Atlantic ferry accident climbs to 10 after 427 people including 56 crew members were rescued off the vessel, which caught fire on Sunday morning, AP reported.

Rescuers continue to search in the Adriatic Sea for more victims, while it remains unclear how many people were aboard due to serious discrepancies in the ship’s manifest, the newspaper adds.

Fire Strikes Norman Atlantic Ferry in the Ionian Sea; Footage From the Scene

"We cannot say how many people may be missing," AP quoted Transport Minister Maurizio Lupi as saying. 80 of those rescued weren’t on the list, Italian navy Adm. Giovanni Pettorino reportedly said. Also, the names on the manifest may have represented just reservations, not actual passengers who boarded, according to Italian officials.

ABC News reported that, Giuseppe Volpe, a representative for the prosecutor in Bari, Italy, confirmed that a formal criminal investigation has been launched into the accident.

Previous information confirmed that the death toll of the Norman Atlantic blaze had reached seven. More bodies have been recovered following the blaze on board the ferry, the Italian Coast Guard said Monday. One man died attempting to reach a lifeboat, ANSAmed news agency reported.

The fire on the Italian-flagged ferry broke out early Sunday morning from the ship's garage unit.

Later on Sunday, the ferry was towed away, with the fire on board partially under control. The rescue operation started over night and is being coordinated from the San Giorgio, an Italian Navy ship.