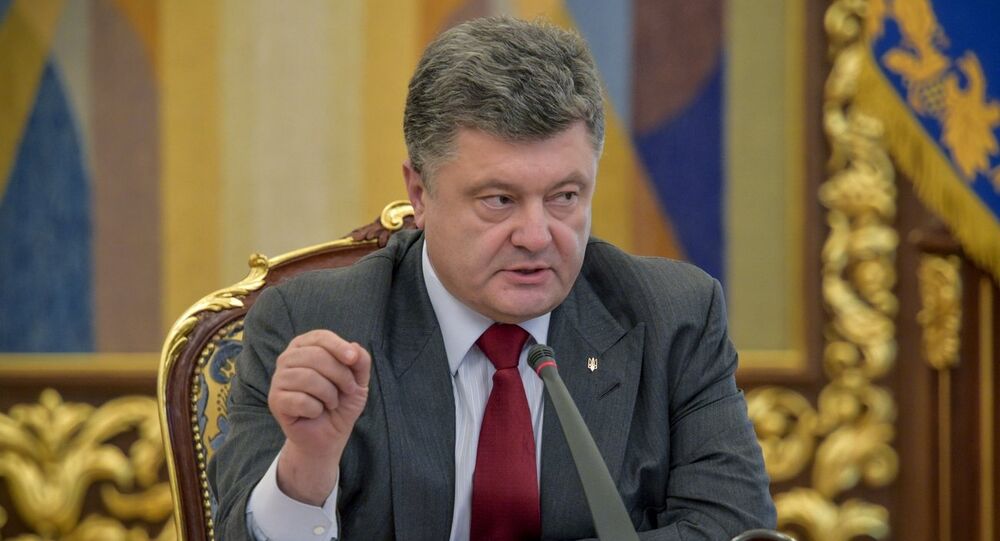 Ukrainian President Petro Poroshenko stated that Kiev authorities will do everything possible to prevent the current standoff in eastern Ukraine from transforming into a frozen conflict.

© Sputnik / Mikhail Palinchak
Poroshenko: Ukraine Must Import Electricity Without Intermediaries
KIEV, December 29 (Sputnik) — Kiev authorities will do everything possible to prevent the current standoff in eastern Ukraine from transforming into a frozen conflict, Ukrainian President Petro Poroshenko said on Monday.

"The risk of [the situation turning into] a frozen conflict does exist, but we are making every effort to eliminate this possibility," Poroshenko told reporters in Kiev.

According to the president, the majority of residents in the eastern regions of the country want Donbas to remain a part of Ukraine, meaning that there is "no reason to fear that this will turn into a frozen conflict as of today."

The Ukrainian crisis escalated further in April, after Kiev launched a military offensive against the independence supporters, throwing the country into months of bloodshed.

A ceasefire agreement, brokered by Russia and the Organization for Security and Co-operation in Europe, was signed between Ukraine's warring sides during talks in Minsk in September, though numerous truce violations and hundreds of casualties have since been reported.

In a bid to renew peace efforts, Poroshenko introduced a so-called "silence regime" in Donbas in early December, which was followed by a new round of Minsk negotiations last week. The talks resulted in a new exchange of prisoners between Kiev and Donbas militia on Friday, and the sides have since continued dialogue regarding future detainee swaps and pullout of artillery.