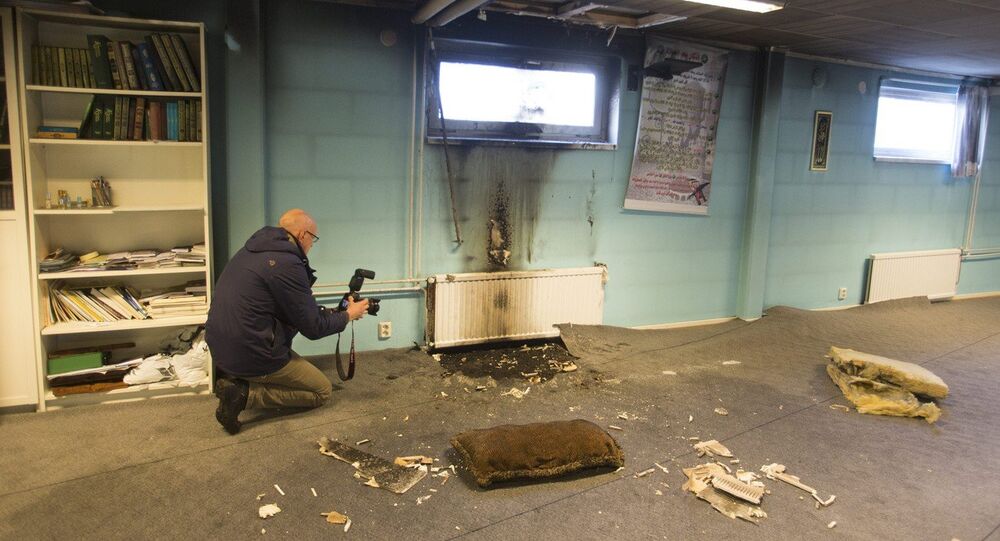 Another Mosque in Sweden on Fire, Arson Suspected: Reports

Fire has erupted in another Swedish mosque in the second suspected arson attack on a Muslim center early on Mondey.

A fire in a mosque in Eslov, southern Sweden, was detected at around 3:15 a.m. local time (2:15 GMT) on Monday. Emergency services have stopped the spread of the fire, believed to have been caused by a flammable liquid, according to reports.

Police have not officially confirmed arson, and investigations continue.

The incident comes after a mosque in Eskilstuna, central Sweden, was set on fire on December 25, injuring five people. Eskilstuna police stated that the fire was considered to be arson and investigators were looking into witness reports of suspicious objects thrown into the building moments before flames broke out.