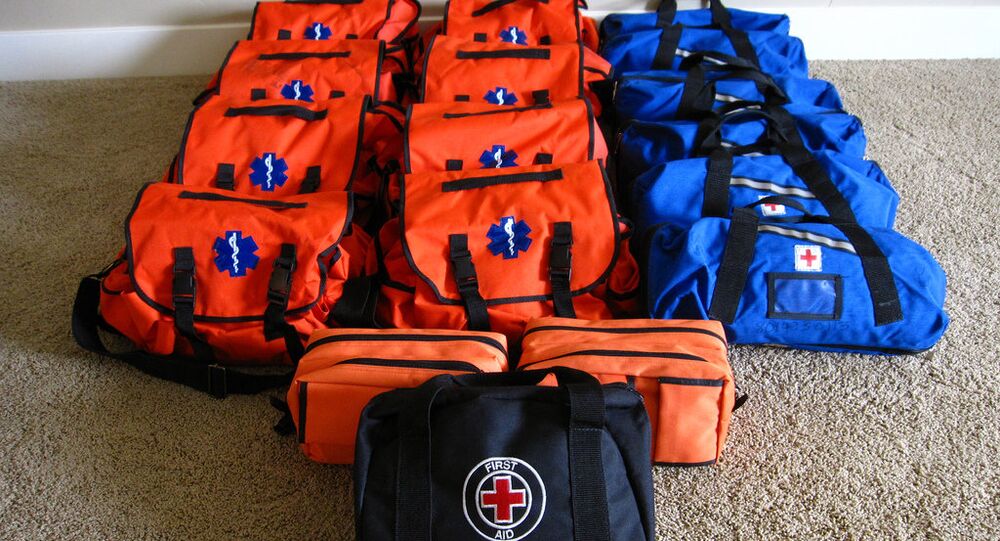 Ukrainian Health Ministry stated that Ukrainian authorities have received a batch of humanitarian aid from the World Health Organization and the UN Population Fund, amounting to $191,000 in total.

MOSCOW, December 24 (Sputnik) – Ukrainian authorities have received a batch of humanitarian aid from the World Health Organization (WHO) and the UN Population Fund, amounting to $191,000 in total, a statement by the Ukrainian Health Ministry confirmed on Tuesday.

WHO has sent 90 first aid medical kits to Ukraine. These types of kits can provide medical assistance to up to 1,000 people over a period of three months, according to the statement.

Kiev has received 50 obstetrical and gynecological kits from the UN Population Fund, worth $63,000.

Ukrainian authorities are planning to send the cargo to the Kharkiv, Dnepropetrovsk, Zaporizhia, Luhansk and Donetsk regions.

In August, the UN said it was ready to enhance cooperation with Ukraine in the provision of humanitarian aid and to provide the country with $33 million by the end of the year.

In December the UN specialized agencies and the International Relief and Development (IRD) delivered 12 tons of humanitarian supplies to Luhansk. Since September the UN World Food Program has been providing southeastern Ukraine with food assistance.

Since August Russia has sent ten humanitarian aid convoys to southeastern Ukraine's Donetsk and Luhansk regions, which have been suffering from a severe humanitarian crisis as a result of Kiev's military operation launched against local independence supporters in mid-April.