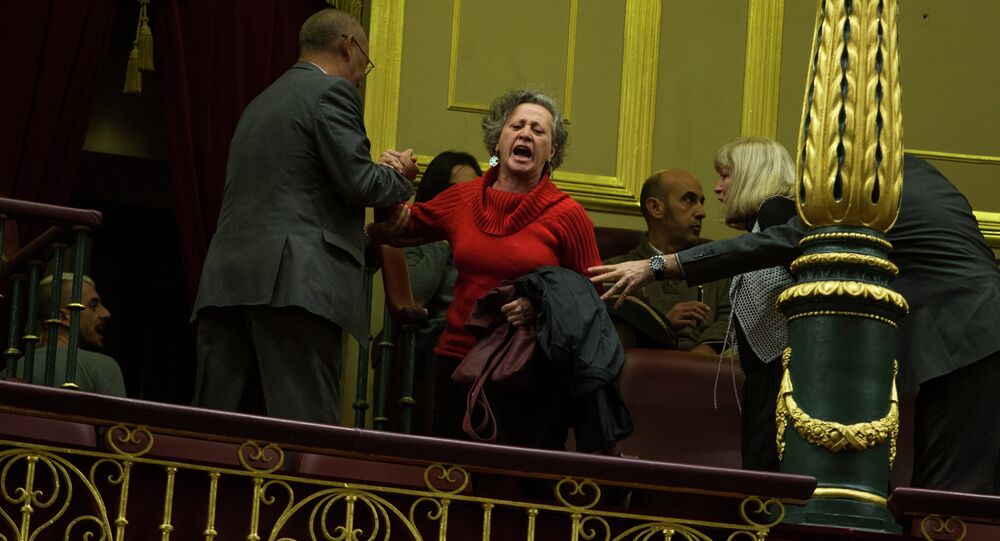 The Spanish department of Amnesty International is doing its best trying to convince lawmakers to reconsider the controversial Citizen Security Law. The human rights watchdog states the legislation can impede mechanisms to monitor abuse of power by police.

"We still have some opportunities at the Senate, so we will try to influence senators to amend this law and to make it comply with international standards of human rights," Maria Serrano said Friday.

© AP Photo / Gabriel Pecot
Spain's Anti-Protest Bill is Return to Franco Dictatorship: Opposition
On Thursday, the lower house of the Spanish parliament passed the Citizen Security Law dubbed the Gag Law, which prohibits Spaniards from making video recordings of or photographing police and their activity, places limits on where public protests can take place, allows the authorities to perform immediate deportations, as well as punishes any citizen resisting eviction.

"We have at the moment gathered more than 43,000 signatures and they were sent to political groups in Congress, and will now be redirected to Senators. We are also working with other organizations that are affected by this law," Serrano told Sputnik adding that Amnesty International is trying to work out a more comprehensive strategy against the law before it is put before the Senate at the next session in February.

She also noted that as usual for the organization, Amnesty International in Spain is meeting with decision makers trying to push for amendments to the law, and they have taken their concerns very seriously and also oppose the law.