Prominent members of German society have called for more moderate attitudes towards Moscow and emphasized that the EU, the US and Russia should jointly resolve the current crisis in Ukraine.

MOSCOW, December 9 (Sputnik) — The US, EU and Russia have to find a joint solution for the ongoing Ukrainian crisis in order to escape the outbreak of a new war in the Europe, claims a group of Germany’s prominent figures from various spheres, cited by Deutsche Welle. 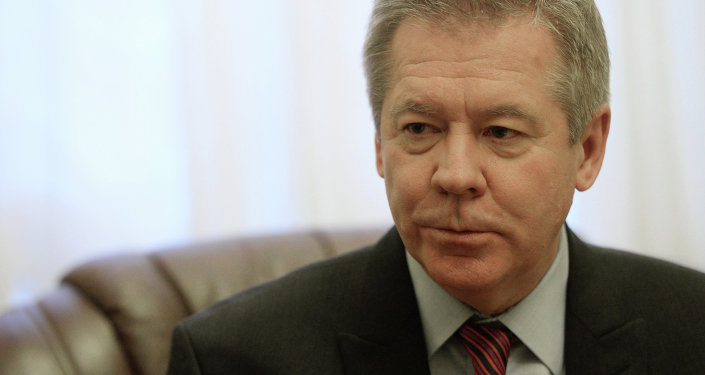 © Sputnik / Mikhail Voskresensky
Moscow Ready for UN Security Council Reforms: Russian Foreign Ministry
"No one wants war. But North America, the European Union and Russia will inevitably reach it if they don't find a way to stop the disastrous spiral of threat and counter-threat," they said in a joint statement, cited by the newspaper.

The appeal was signed by 60 leading German figures from cultural, economic and political spheres, including Angela Merkel’s predecessor Gerhard Schröder. They reminded Germany of its leading role in maintenance the peace and highlighted Russia’s key addition.

"We cannot push Russia out of Europe. That would be unhistorical, unreasonable and dangerous for peace," they stated, emphasizing that peace preservation is crucial task for all Europeans, including Russian Federation.

In her interview with die Welt am Sonntag, Angela Merkel, however, rejected criticism of her Russia policy, accusing Russia of creating barriers for a number of post-soviet countries. She supported the EU’s restrictive measures against Russia, claiming that the collective response of European countries “is the right answer” in this case.