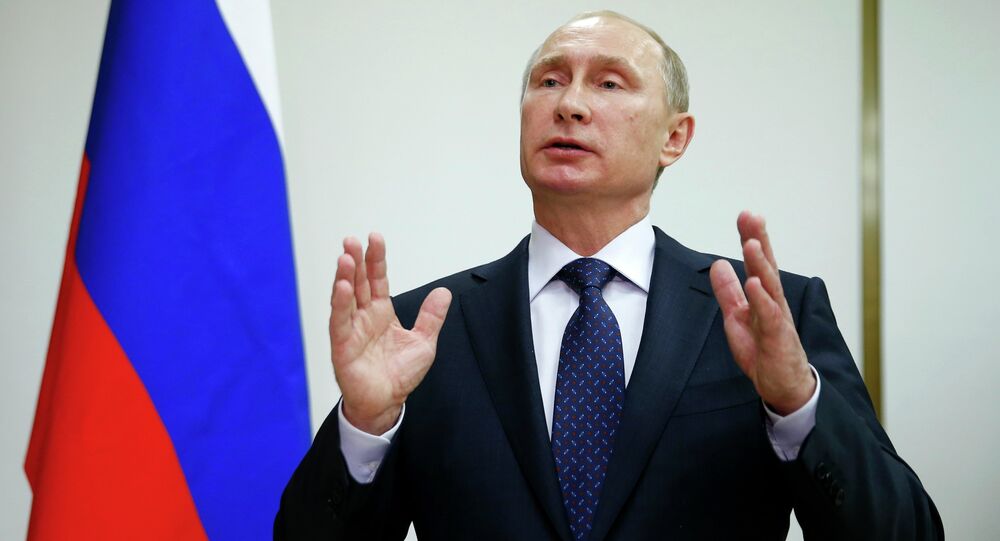 Russian President Vladimir Putin hopes that Kiev, Donetsk and Luhansk will be able to find mutually acceptable solutions, which will satisfy all sides, and, most importantly, stop the military part of the conflict on this stage.

“We speak for their [Minsk agreements] full implementation. At the same time, we note that from the Kiev authorities’ side, as well as from Donetsk and Luhansk sides, from both sides not everything is implemented,” Putin said.

“We will hope that Kiev, Donetsk and Luhansk will be able to achieve such mutually acceptable conclusions, which will satisfy all sides, and, most importantly, stop the military part of the conflict on this stage,” Putin added.

Russia hopes that a new agreement on implementing a ceasefire in eastern Ukraine would be reached soon, Russian President Vladimir Putin said Saturday.

«The situation is tragic, people are still dying. But I hope that in the near future the decision will finally be taken, concerning the ceasefire," Putin told journalists after talks with his French counterpart Francois Hollande.

“As for the line of withdrawal of artillery and multiple rocket launchers, there is no ambiguity. Everyone agrees that it should be done as soon as possible,” Putin told reporters after talks with Francois Hollande.

“I really hope that it will be done in the nearest future, because only after this happens, after attacks and loss of life stop, only then we can talk about the onset of the political process and the establishment of common political space,” the Russian leader said.

Putin Calls on Kiev to Cease Blockade of Eastern Ukraine

Despite all the difficulties, the situation in Ukraine gives «hope for improvement soon," Putin said.

The armed conflict in eastern Ukraine began in mid-April, as Kiev launched a military operation against independence supporters in the country’s southeast. Despite the truce reached September 5, numerous ceasefire violations have been reported in the area. According to the UN Human Rights Office, almost 1,000 people died between September and November 18.