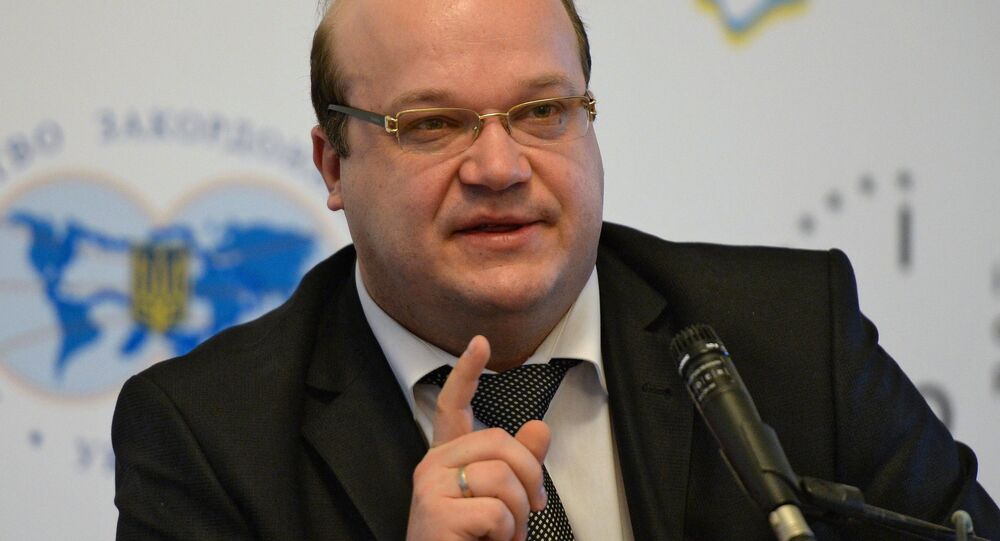 Deputy head of the Ukrainian president’s administration Valeriy Chaliy stated that December 9 could mark the beginning of a peace process in eastern Ukraine.

© Sputnik / Evgeny Kotenko
Preparation for Ukraine Reconciliation Talks Underway, Date Unknown: Kiev
MOSCOW, December 5 (Sputnik) — December 9 could mark the beginning of a peace process in eastern Ukraine and after that Kiev may start pulling its heavy weapons back from the conflict area, the deputy head of the Ukrainian president’s administration said Friday.

“The date of December 9 has been clearly named to be the possible date of ‘the day of silence,’ and then it will be possible to pull heavy arms and artillery back, and then we hope that the possible fulfillment of the Minsk agreements will occur,” Valeriy Chaliy said at a briefing.

“It’s possible that this date will hold… I hope December 9 will be the start of the [peace] process,” he added.

On Thursday, Ukrainian President Petro Poroshenko met with senior military and security officials to discuss the situation in the conflict zone and to outline further steps in line with the Minsk agreements.

Authorities of the self-proclaimed Donetsk and Luhansk people's republics in eastern Ukraine later confirmed an agreement with Kiev to cease all combat action in the Donbas region starting December 9.