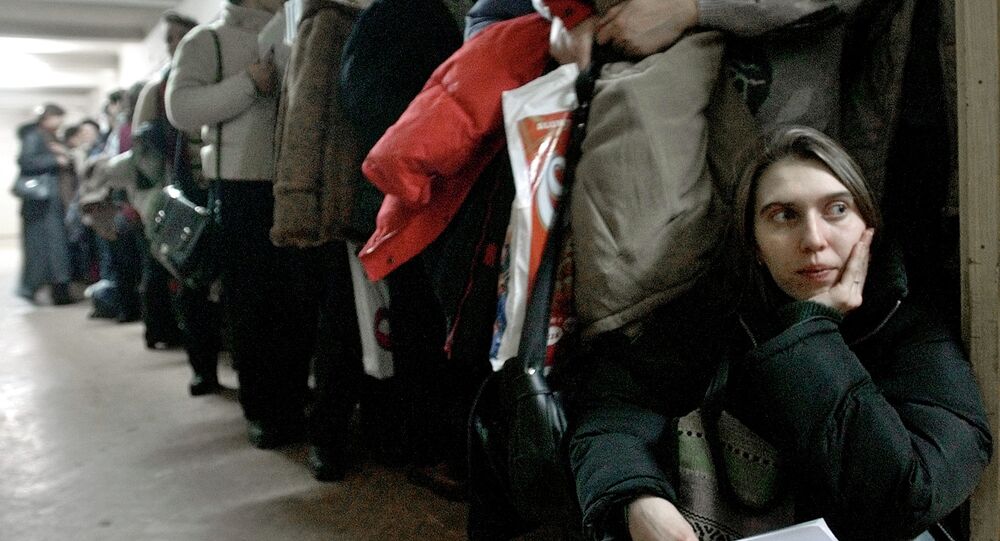 Nearly 30 percent of EU migrants moved to Germany, while only 7 percent decided to settle in the United Kingdom. Germany is now the second most favorable destination for migrants, right after the United States.

© AP Photo / Kirsty Wigglesworth
Cameron: No Economic Benefits to Migrants if Britain Stays in EU
MOSCOW, December 1 (Sputnik) - Migrants who move across Europe under the EU free movement rules prefer to settle in Germany, rather than in the United Kingdom, a study by the Organization for Economic Co-operation and Development (OECD) published on Monday showed.

The study revealed that nearly 30 percent of EU migrants moved to Germany, while only 7 percent of those with free-mobility across the 28-member bloc decided to settle in the United Kingdom.

© Sputnik / Mark Hirst
British Deputy Prime Minister Supports Cutting Benefits for Migrants
According to the research, Germany is now the second most favorable destination for migrants, right after the United States.

© Fotobank.ru/Getty Images / Rebecca Naden - WPA Pool
Cameron to Cut Migration Levels in UK, Scrap Benefits for EU Jobseekers
The report was revealed only a few days after British Prime Minister David Cameron announced specific and radical plans to cut migration levels in the United Kingdom. On November 28, Cameron set out plans to return net migration in the United Kingdom to 1990s levels and to curb benefits for migrants from the European Union.

Migrants account for 70% of the increase in working-age population in OECD area http://t.co/1W72IFXQsT #migration pic.twitter.com/3pHl8fswvJ