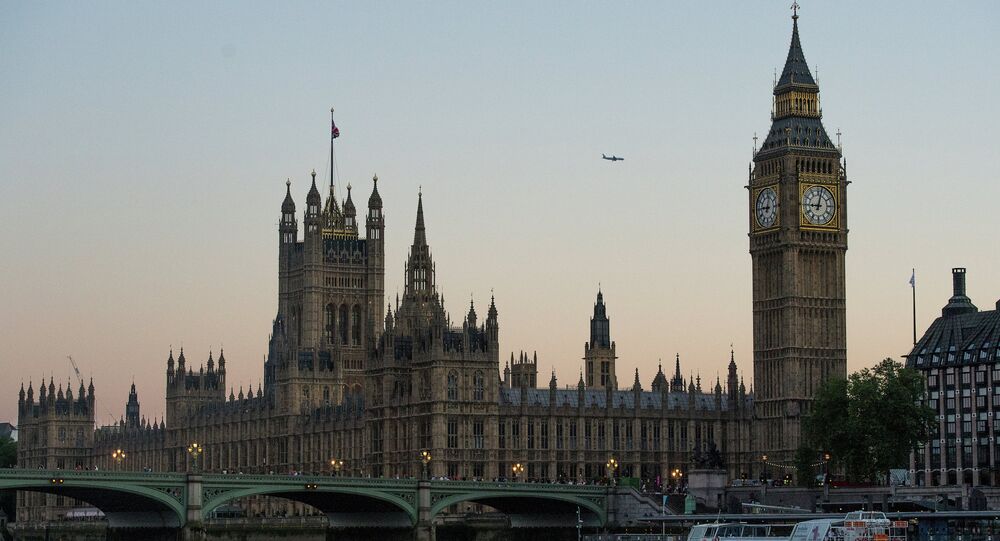 Professor Bernard Silverman has estimated that in 2013 there were between 10,000 and 13,000 potential victims of modern slavery in the UK.

© Fotolia / Rafael Ben-Ari
Children Increasingly Fall Victim to Human Trafficking: United Nations
MOSCOW, November 29 (Sputnik) — Up to 13,000 people are potential victims of modern slavery in the United Kingdom with majority of the cases legally unaddressed throughout the person's lifetime, the country’s Home Office said in a report Saturday.

"Work by the Home Office Chief Scientific Adviser, Professor Bernard Silverman, has estimated that in 2013 there were between 10,000 and 13,000 potential victims of modern slavery in the UK,” the report published on the government’s official website stated.

The report added that the numbers have been increasing from year to year, and many victims who escape the situation move to another country or start a new life with no legal address.

"Victims of modern slavery tend to be controlled and hidden away or may not come forward due to feelings of fear and shame," the report said.

Out of the probable 13,000 victims, 2,744 were officially identified for 2013 indicating a 22 percent increase from the previous year.

In the United Kingdom, human trafficking for sexual exploitation is one of the most common forms of modern slavery accounting for 42 percent of the cases and costing the country 890 million pounds (about $1.4 billion) each year.

Further to this, many people are trafficked from countries as Nigeria, Albania and Romania using the United Kingdom as a transit point, the report stated.

The report outlined a set of measures to reduce modern slavery in the United Kingdom. The four component PPPP strategies (Pursue, Prevent, Protect, Prepare) include prosecuting those responsible via rigorous law enforcement, as well as creating more awareness among vulnerable people.