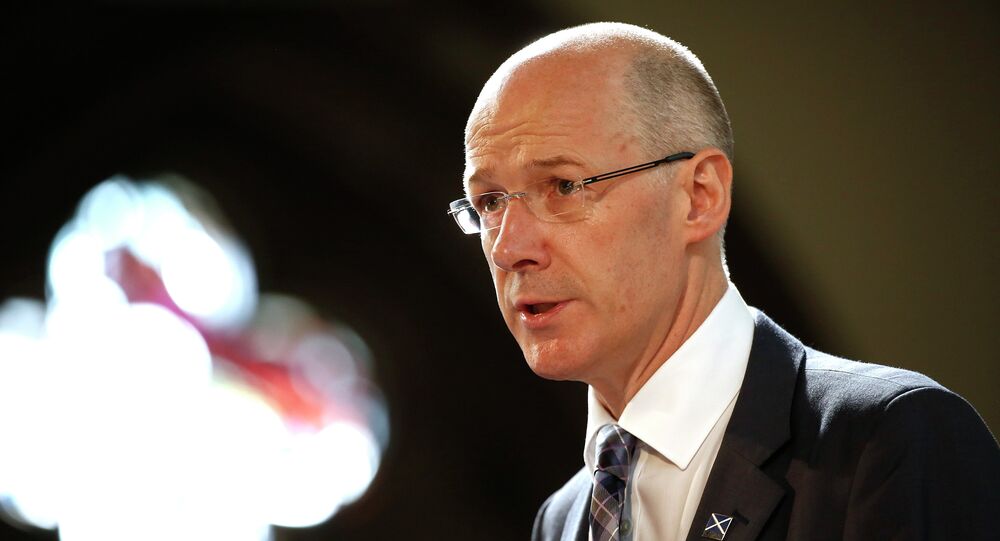 "The proposals clearly do not reflect the full wishes of the people of Scotland, and also fall far short of the rhetoric from the No campaign during the referendum," Swinney said in a statement issued Thursday.

"Regrettably, the Westminster parties were not prepared to deliver the powerhouse parliament the people of Scotland were promised," Swinney added.

Scottish voters took part in a referendum on independence on September 18 and opted by a margin of 55 percent to 45 percent to remain a part of the UK.

Ahead of the Scottish independence referendum, the leaders of the UK's three major political parties, Prime Minister David Cameron of the Conservative Party, Ed Miliband of the Labour Party and Nick Clegg of the Liberal Democrat party, signed a pledge promising more powers to the Scottish Parliament if Scotland voted against independence.

Following the referendum the pro-UK parties established a special commission – The Smith Commission – to examine the extent of new devolved powers for Scotland, short of full independence.

On Thursday the recommendations of the Commission were published, which include allowing the Scottish Parliament to set income tax rates, allowing 16 and 17 year-olds to vote in Scottish elections and powers to introduce additional welfare payments.

"The recommendations, agreed between the parties, will result in the biggest transfer of powers to the parliament since its establishment," Lord Smith of Kelvin, who was charged by the UK Government to oversee the devolution of more powers to Scotland, said in a statement.

The recommendations remain subject to legislation and approval by the UK Government and the British Parliament.

The devolved Scottish Parliament was established in 1999 and currently has executive powers over health, education, law and transport, but has no powers over foreign affairs, defense, fiscal matters or tax and welfare.

'We Are the 45%' Movement Continues Fight for Scotland's Independence