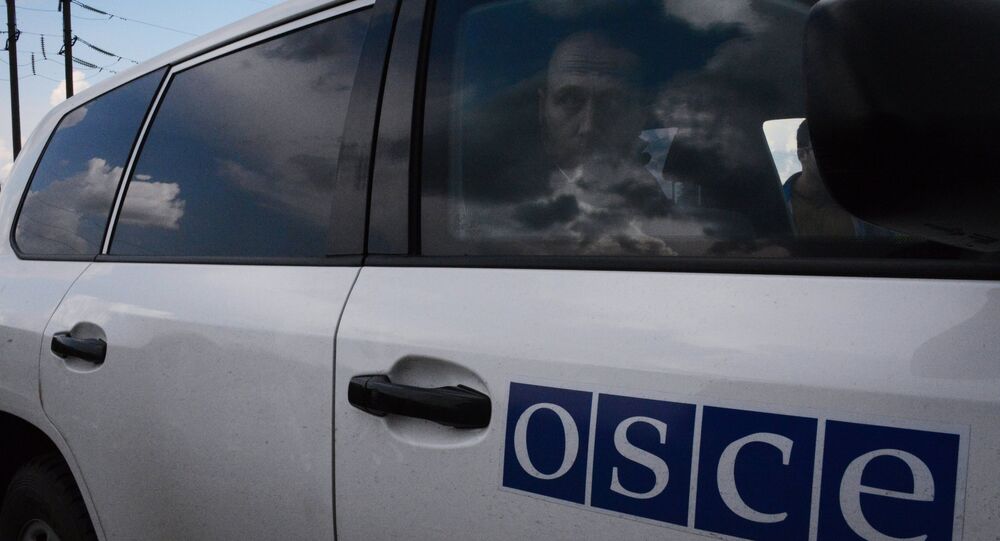 The UK will send ten armored vehicles to Ukraine as a part of its OSCE mission's support to help it to be conducted safely.

MOSCOW, November 18 (Sputnik) — The United Kingdom will send 10 armored vehicles to Ukraine within the framework of its support for the OSCE mission, a statement issued Tuesday by the UK Defense Ministry said.

"The UK will send ten armoured vehicles with associated communications equipment worth £1.2m [$1.8 million] to the Organisation for Security and Cooperation in Europe (OSCE) Ukraine Special Monitoring Mission (SMM)," the statement published on the UK Defense Ministry's website read.

According to the statement, the vehicles will allow the OSCE mission in Ukraine to be conducted safely.

The statement also said the United Kingdom will increase its number of observers to the mission.

Ukraine has been embroiled in armed conflict since authorities launched an attack against the country's southeast back in April, after people refused to accept the legitimacy of the government placed by the coup in February.

The ongoing hostilities between the militia in eastern Ukraine and the authorities in Kiev have resulted in the deaths of thousands of civilians.

In a bid to bring the conflict to an end, a Contact Group on the situation in Ukraine was established comprising representatives from Ukraine, the OSCE and Russia. The group convened a meeting on September 5 in Minsk, Belarus, which saw a truce being agreed to. However, despite the truce, the conflicting sides have been levelling accusations at one another of violating the truce.