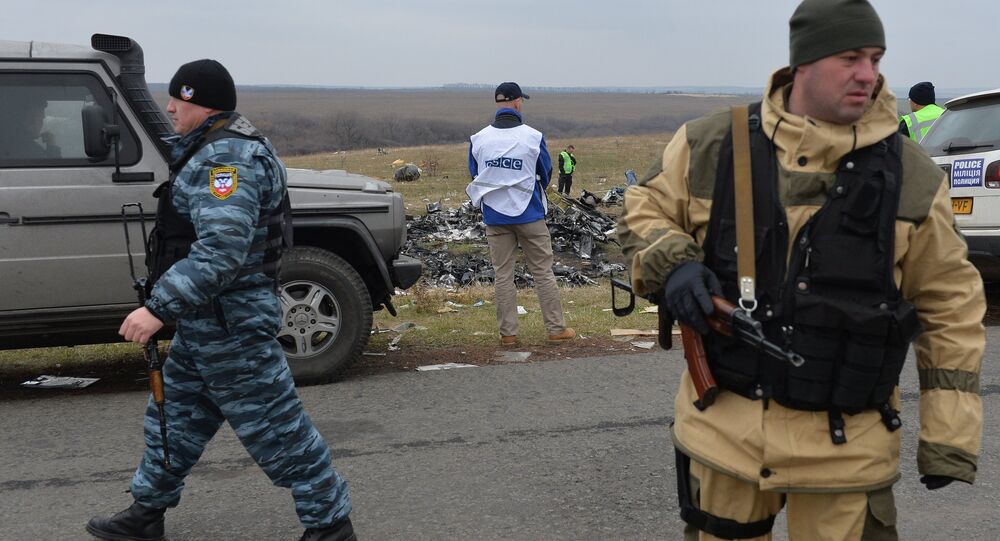 "The Dutch investigators will be allowed to return to the region controlled by the separatists under the agreement reached in negotiations overseen by the Organisation for Security and Co-operation in Europe (OSCE)," SBS said, citing the Justice Ministry in the Hague, quoted by the Volkskrant Dutch newspaper Friday.

The Malaysia Airlines Boeing 777 flying from Amsterdam to Kuala Lumpur crashed in the Donetsk region in eastern Ukraine on July 17. All 298 people on board, including 283 passengers and 15 crew members, died in the crash.

Kiev accused independence supporters in eastern Ukraine of shooting the plane down, but has not provided any evidence to back this claim. Local militia leaders have said that they do not have weapons capable of shooting down a plane flying at 32,000 feet.

On Thursday, Australian Justice Minister Michael Keenan said that the investigation into the MH17 crash will be extended until August 2015.

The joint inquiry team into the crash includes the Netherlands, Ukraine, Australia, Belgium and Malaysia, as well as other international partners.