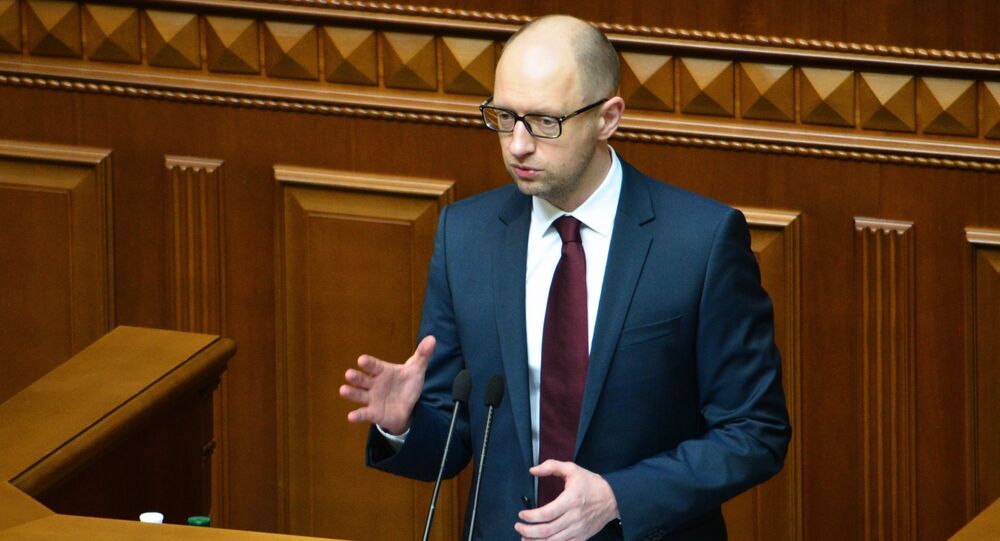 Ukraine to Use Reserved Pension Funds for Energy Supplies to Donbas: PM

Prime Minister Arseniy Yatsenyuk claims that Ukraine will use reserved pension money to fund electricity and gas supplies to the country's southeastern regions.

"The entire sum for the unpaid electricity and gas, which is supplied by Ukraine to Donetsk and Luhansk, will be taken from the funds that we have reserved for social benefits and pensions. This is fair," Yatsenyuk said Friday in a Shuster LIVE Ukrainian talk show.

"…we are helping Donbas, but we must, consequently, compensate for this amount of money," Yatsenyuk added.

According to the prime minister, the Donbas electricity supplies cost over $43 million per month.

Earlier this month, Yatsenyuk said Kiev would be ready to deliver gas and electricity to the self-proclaimed Donetsk and Luhansk People's Republics (DPR and LPR), but will seek financial compensation after regaining control over the region.

The DPR and LPR refuse to recognize the new Kiev authorities which came to power in Ukraine after the February coup. Both of the self-proclaimed republics have declared their sovereignty, based on the results of independence referendums held in May.

On November 2, DPR and LPR held elections for the heads of local governments and representatives of local legislative bodies, which Kiev has called illegitimate.