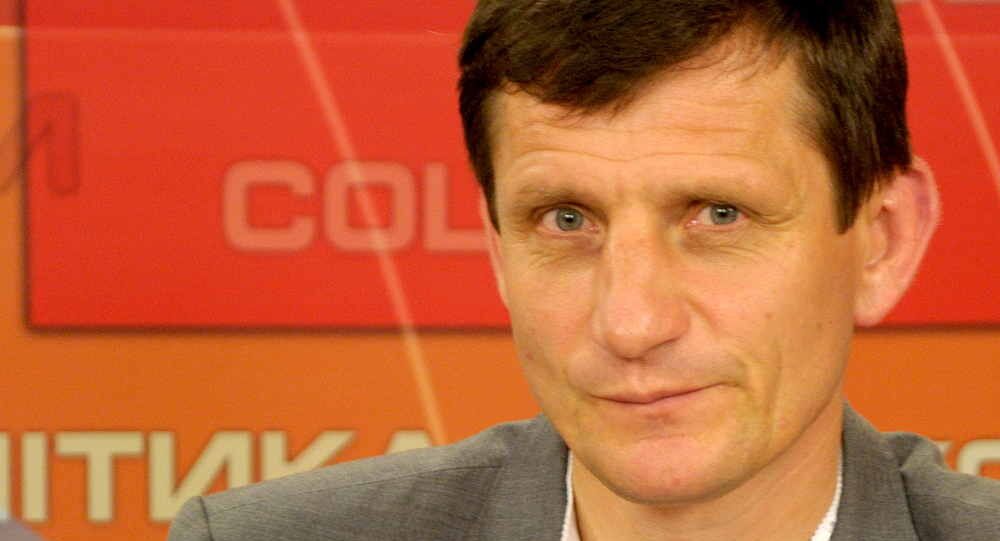 Ukrainian Deputy Prime Minister Oleksandr Sych said that all representatives of Ukraine’s Freedom party in the country’s Cabinet of Ministers had resigned.

KIEV, November 12 (RIA Novosti) – Representatives of Ukraine's far-right Svoboda (Freedom) party in the country's Cabinet of Ministers have resigned without waiting for the formation of a government coalition in the parliament, Ukrainian Deputy Prime Minister Oleksandr Sych, a member of the party, said Wednesday.

"The All-Ukrainian Svoboda faction announces its resignation as nationalist members of Ukraine's Cabinet of Ministers, as well as the representatives of district and regional government administrations over the announcement of the results of parliamentary elections and the forming of a new coalition," Sych said, reading the party's announcement at a briefing in Kiev.

On Tuesday, the official results of Ukraine's early parliamentary elections held on October 26 were announced. Ukrainians cast their votes for 423 members of the country's parliament, the Verkhovna Rada, of which 225 were to be delegated into the parliament by party lists, while another 198 were to be elected in single-candidate constituencies.