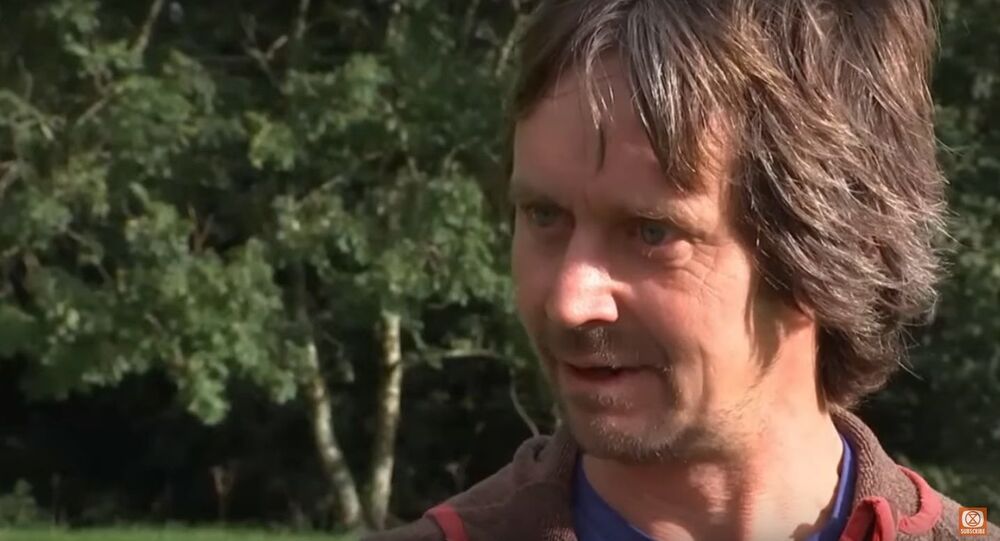 Eco Warrior, Swampy is back! He’s digging for victory outside Euston station, or rather under it!

Swampy’s real name is Daniel and to quote Elton John, Daniel is my brother!

I don’t know if I am going slightly mad due to lockdown and mainlining Netflix but I can’t really find anything to argue with Swampy about and his crusade to get HS2 scrapped.

From inside his maze of tunnels he has released a video stating what he and his mates’ aims are and I agree with most of them.

For instance, he argues that “the train line will end up being a shuttle service for the mega-rich rather than for ordinary people, even though everyone is footing the bill!”

Who can argue with that?

No matter how many times the politicians and the company defend this white elephant saying that that it will spread jobs out from the capital to the provinces, I don’t believe them and I live in the Midlands.

This will be just a faster way (by an amazing ten minutes!) to get from Birmingham to London.

It won’t be a return journey, it’s just a one-way ticket to power the growth of the capital and increase the range of the commuter belt. Again!

The costs are out of control and they’ve already cancelled the planned build of the extension of the more northern reach of the route. Meanwhile, we still haven’t connected the West to the East in the north of the UK.

The company and the government stress that HS2 will create jobs outside London and ‘will ease some of the geographical inequalities in the UK.’

We are all working at home and surely the provision of reliable universal high-speed broadband would do that job at a fraction of the price?

No one believes that once we defeat Covid that things are going back to normal or the old normal of people cramming on to trains and jamming our motorways in the lemming-like and frankly dangerous ritual of daily commuting to London or any major city.

Companies are already extending the concept of working from home and numerous studies are actually stating that homeworkers can be more productive.

My mate has just landed a job with a government department and it is completely home based with a telephone and a secure internet connection and that’s not just for the Covid period, it is for ever.

He has spent years commuting to London from the Midlands to basically sit in front of a terminal and deal with complex problems where he could and will now do it from his spare bedroom.

This is the future, why can’t Boris embrace that

Daniel (Swampy) has done an interview with the Guardian, who else, and again I find it hard to argue with this point from our urban mole, ‘Just think what the NHS could do with all those billions? That’s how ordinary people would like to see their money spent. And yet we get this widely hated obscenity instead. It all goes to show how horribly corrupt and unrepresentative this government and the entire political system is. It’s not democratic. It’s broken and unfit for purpose.’

I don’t think that there are many people on both the left and right of politics, or the Remain or Leave side of the Brexit argument who would disagree with his central point of how broken our politics and our political system is? What about you?

Daniel of course also talks about the ecological damage and vandalism that is being caused by the construction of this ugly out of date white elephant and I am firmly with him on that too.

I have seen this in Cubbington in Warwickshire where the HS2 vandals have even destroyed a 250-year-old pear tree in the name of progress.

This was the second largest wild pear tree in the UK and was voted the Tree of the year in 2015 but nothing must stand in the way of ‘progress’ so despite petitions to parliament the men in the Hi-Viz jackets came and tore it down.

A so-called eviction team is now trying to get Dan and his mates out of the tunnels but he reckons it will take them at least six weeks to get the moles above ground.

I love this kind of direct protest as it is not really causing any disruption as we are in lockdown and no one is using the trains.

What we should be doing now instead of trying to drag these guys out is having a national discussion about what we want our new normal to be.

Many of us are coming to the conclusion that we want to live a simpler life. I don’t think many of us want to go and live off grid in a Yurt in Wales as Daniel has been doing but I do believe we all want to have a break from the mass consumerism of the last few decade don’t we?

Even now the TV and advertising mob can’t give over as we now have wall to wall adverts and features about Staycations as we are not going to be able to fly!

When I was younger a ‘staycation’ was just a holiday and to be fair some of the best family holidays I have ever had are in our wonderful country in a caravan or a B and B. The idea that a holiday is only a holiday if you fly to destination that still serves a ‘Full English’ is a nonsense.

Covid is forcing all of us to reconnect with the things that really matter in life.

Boris and other politicians should recognise and embrace this and start a real debate about what kind of New England, indeed what New United Kingdom we want and need.

Forget about train connections: we need our Government to reconnect with the people.