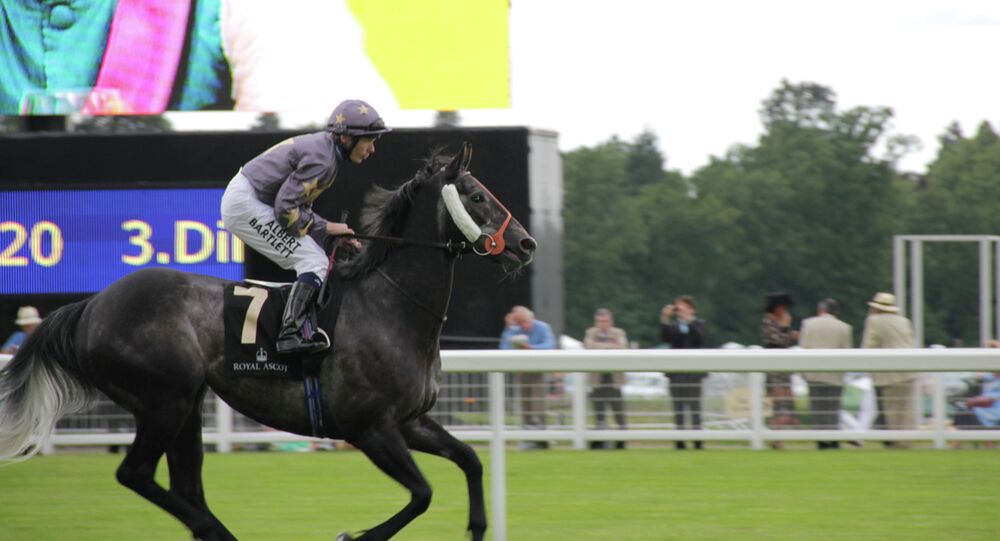 The UK government’s last minute cancellation of the crowd-trials at Goodwood racecourse and at other sporting venues on Saturday was a huge blow to the hopes that spectators will soon be allowed back into stadia, and casts serious doubt on the future of sports in Britain.

We can’t carry on like this for much longer. Horse racing has been part of British life since the 1700s but what future does it, and other sports, including football, rugby and cricket, have under the government’s plans to introduce a grimly dystopian socially-distanced, strictly-controlled, ‘New Normal’? They will have no future is the brutal, truthful answer.

On Saturday, Goodwood racecourse in Sussex was supposed to host a ‘trial’ of about 5,000 members, the first time any paying spectators would have been allowed on a British racecourse since March. Similar trials were due to take place at the cricket and snooker. But on Friday lunchtime, Boris Johnson announced these trials would be cancelled.

The authorities no longer talk about ‘Covid’, or deaths from it, but about the generic term ‘Coronavirus’ and ‘cases’, which for the vast majority of positives are asymptomatic. Deaths have dwindled- for the past five weeks they have been below the five year average. Hospital admissions too have sharply fallen. Yet the government wants to keep ‘Project Fear’ going. Last week they could have dwelt on the positives, and declare that life would now be returning to normal, instead they decided to try and scare us witless with dire predictions of a ‘second wave’ and shamefully put the brakes on the easing of restrictions they had promised.

there have been 1,971 positive cases in Bradford since 9 June. In the same period the number of patients in hospital in the NE and Yorks fell from 686 to 119. Those positive cases don't seem to need hospital treatment.

​It is surely clear to all now that the government wants to keep us in a state of Corona-panic for many months- or even years to come- probably until enough people consent to taking a vaccine. But sport cannot survive in these circumstances.

Adam Waterworth, the MD of Goodwood, warned on Saturday that racetracks could close in crowds don’t return. There’s no ‘could’ about it. Racetracks WILL close. For large courses, crowds generate between 75-80% of their revenue.  The present situation of racing behind closed doors is unsustainable.

It’s the same for football cricket, rugger and many other sports. They desperately need the spectators back. It’s not just the money that sports fans pay at the turnstiles; and spend inside the stadia on drinks, food and merchandise; without the ability to attend live sport, interest in it will fade. I know of a number of racing fans who say they are now bored of watching racing behind closed doors on tv. The less interest there is in sport, the less people will watch it, and tv revenues will fall too.

Clearly there’s a danger that crowds will not be allowed to return at all, until at the earliest, the summer 2021. But just as big a danger is that spectators will only be allowed back under such restrictive, ’New Abnormal’ conditions that no one in their right mind would really wish to go.

Would you go racing if you were forced to wear a face mask all afternoon? Or were not allowed to bet in cash? Or be told to ‘socially distance’ at all times and that smoking anywhere on the course was strictly forbidden? I remember chatting to a lady once at Windsor races who was smoking a large cigar. She said she’d been smoking about eight of them a day for many years.  Racetracks were one of the few places she could relax and indulge her hobby. I saw her again at Cheltenham a few months later and she was once again puffing happily away. Would she be coming again under the new restrictions?

I doubt it.  We must never lose sight of the fact that going racing is supposed to be fun. Watch the horses, have a bet, have a drink, mix and mingle. Social interaction is a large part of the enjoyment.  The utterly sterile ’New Abnormal’ where we’re all encouraged to regard fellow human beings as dangerous biohazards, will remove all of that.

It could be even worse than what I have described above. On Friday we learnt that the Premier League were looking at ‘clinical passports‘ for fans.

​Imagine having your entry to sports events dependent on having a ‘Covid-Pass’App ?
Well, it’s what the hardcore globalist ‘World Economic Forum’ have been advocating.

​In May it was announced that Royal couple Zara Phillips (daughter of Princess Anne) and her husband, ex rugby star Mike Tindall had been signed up as ‘Ambassadors’ for a digital health passport App.

We can see the direction of travel, and it’s not a good one, is it?

The only way for sports to survive is if we go back to the old normal. There’s nothing wrong in some racecourses and sports stadia lowering their maximum capacity by a few thousand to avoid overcrowding, but that should be about it. We have to remember that in March, Dr Jenny Harries, Deputy Chief Medical Officer, urged against banning outdoor events. ‘The virus will not survive very long outside. Many outdoor events, particularly, are relatively safe’, she said.

Why does that not still apply in August?

Part of the problem racing has had in particular is that it didn’t push back hard enough against the false, gaslighting narrative (promoted in the main by killjoys who hate the sport), that the Cheltenham National Hunt Festival in March was a ‘super-spreader‘ event. It wasn’t, as I detailed here.

But the damage was done and racing went, rather timidly, on the back-foot.

Just how ludicrous the current situation is can be seen by the fact that on Saturday crowds were (rightly) allowed to congregate on south coast beaches, but 5,000 people were not allowed to attend Goodwood races. It’s time racing and other sports became a bit more assertive and told government that they need to get crowds back under ‘normal’’ conditions before further delay. The sad closure of the almost 100-year-old Belle Vue greyhound stadium in Manchester shows us what lies ahead unless things change very quickly.