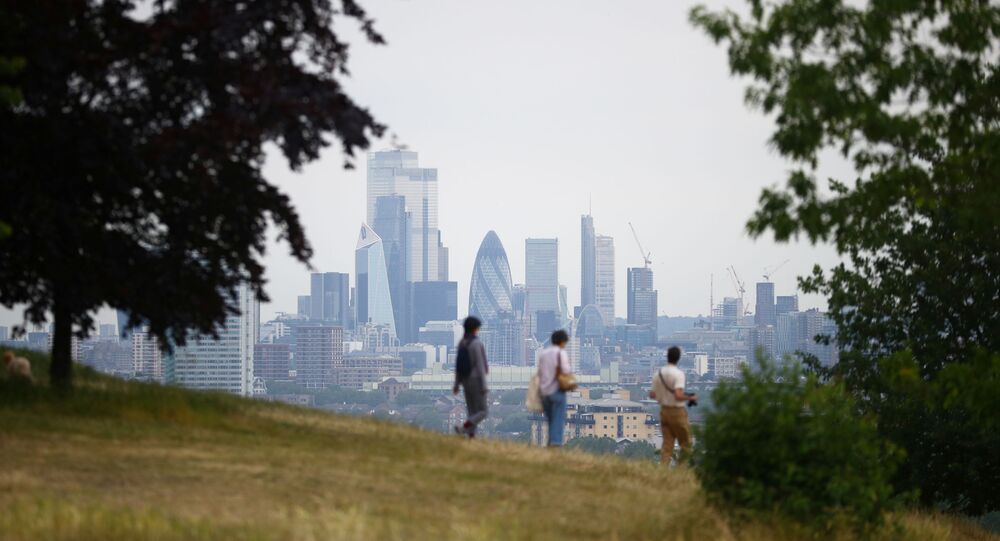 The Lockdown is Over!

Whether you agree with the easing or not we must all face reality and say it is now broken beyond repair so whatever Boris or his stooges say in their nightly press conferences from the ‘Ministry of Truth’ we must start to think about how we build a new UK.

The first positive is that the weekend press conferences from the Ministry of Silly Talks have now been cancelled but Boris may as well go further and cancel all of them and just give us a weekly update of the massaged figures and the latest PR spin.

I don’t know anyone, including myself, who watches them anymore. Forget Coronavirus, we have all got ‘conferenceitis’! The symptoms being: confusion, nausea, eyes glazing over and sense of smell really heightened as you can really smell the BS in the room! You also start humming the Fun Boy Three hit, The Lunatics have taken over the Asylum.

Some of his new rules are plain bonkers!

Boris’ ‘new normal’ is that you can’t have sex with someone who doesn’t live in your own household. That will work Bojo, not! This edict is almost a comedy sketch in itself coming from a man who has a well-documented history of failing to keep it in his trousers and who has advisors like the ‘Bonking Professor’ who have similar problems.

You can have up to 6 people in the garden for a BBQ but they can’t use your loo and only one person is allowed to use the barbecue tongs! That sounds like a recipe for disaster and a ‘real swell party’. No one is going to abide by that, are they?

Judging by the crap, both literal and metaphorical, left behind in my local park people are already ignoring this edict.

Whose bright idea was it to close all the public loos in the park and countryside? Judging by my daily walks there is now more chance of dying from a variety of illnesses like dysentery, as you wade through the soiled toilet roll and human excrement behind every hedge and tree. People are quite literally sh*tting on their own doorstep and the question of who sh*ts in the woods is no longer applicable to just bears!

Boris’s ‘new normal’ is that Ikea has reopened. I couldn’t believe that people would queue in their cars for over 3 hours on the hottest day of the year to get their fix of flat pack furniture.

Talking of getting a fix look at the queues outside Mc Donald’s too. Is this what we have as a nation have been reduced to? No longer crying, “a horse, a horse, my Kingdom for a horse” Now it’s “a big Mac, a big Mac, my kingdom for a flat pack wardrobe with one screw missing!”

These new rules are a joke and I’ve seen more joined up thinking at my young nephew’s house during a home-schooling session!

What Boris Should Do

Boris knows and we all know that there is a direct link between survival rates for Covid and obesity so what’s the first shop he opens? That’s right - McDonalds so that we can all load up on sugar and bad fats! Go figure!

He should reintroduce proper cooking lessons at school immediately. He should support local butchers and green grocers by giving them massive rates reductions.

He should also instruct Councils to refuse planning permission for a chicken shack or burger joint every three steps on our high streets.

He should use similar operation fear tactics to the ones that made us ‘stay at home’ to change the way we eat and that should include banning firms like McDonalds and Coca Cola from sponsoring any form of sport.

They are as bad as the Tobacco industry and that was banned from sponsoring sport so why not these sugar pushers?

However, in Boris’ ‘new normal’ the Prem is back…on TV with no crowds. Is that decision based on appeasing football fans or just another way to sell more advertising for products that kill us? Who wants to watch sport on TV with no crowds? Not me for sure! Have you seen those German games? There’s more atmosphere at a wake?

In Boris’ ‘new normal’ all the non-essential shops are going to re-open soon but you have to stand 2 metres away from each other and not touch or try the clobber on. That’s not shopping, is it? Anyway, don’t we already shop like that but at a much greater distance? Yes, it’s called shopping on the internet!

Why would you bother going to a shopping mall or high street where you can’t really socialise or go for a coffee or a beer whilst you’re shopping? Answer: you won’t, will you?

Boris and his advisers need to be addressing all of this with real urgency. The high street was already dying before Covid and now this way of shopping has, with apologies to Monty Python, “passed on! This parrot is no more! He has ceased to be!”

We need to boldly reimagine our shopping habits and our city centres. This is why we need to scrap Hs2, provide every home with high speed internet and whack loads of money into converting our shops in city centres into housing, both social and private.

Boris should already be coming up with schemes that support individual, independent or specialist shops cafes and bars to flourish. The days of one major high street name being the anchor tenant or the magnet to attract shoppers are well and truly over.

© REUTERS / Carl Recine
Paths of Lockdown: How COVID-19 Restrictions Will Be Eased Around the UK

Of course, Boris’s big PR play, aided and abetted by the MSM, is the constant tease that our boozers will re-open ‘tomorrow, tomorrow bet your bottom dollar’.

But a pub where you can’t stand at the bar, have to order via an app, are limited to a couple of pints and if you eat you’re cocooned behind a Perspex shield aint my idea of a pub. Pubs and restaurants are not going to survive like this and that is why the arbitrary 2 metre rule has to be scrapped or reduced to a metre immediately.

In his ‘new normal’ you’re going to have to wear a mask on a flight and there’s a real possibility of quarantine at both ends. I’m sorry that isn’t a holiday that’s a torture regime. I think I’ll holiday in the UK or drive to Spain or France.

In Boris’ ‘new normal’ our theatres are remaining closed and our music venues are boarded up and it doesn’t appear that Boris has any real plans to reopen them. If a cinema can open why can’t our theatres?

There have already been theatres and gig venues going in to administration and now the RSC, the National and the Royal Opera House are under very real threat of closure or going out of business. Boris needs to come up with a package to rescue the cultural industries and give them some guarantees now.

It’s not just about art either, the cultural industries are worth £101 BILLION to the UK economy which is about £13 million an hour! That’s a lot of ‘bread’ from a lot of ‘Circuses’ Boris!

I was in favour of a lockdown but I wanted it earlier, i.e. before Cheltenham and I wanted it to be harsher and I believe we would be in a better place now if Boris had done that.

However, I believe we have all been magnificent in flattening the curve and the threat to the NHS.

Now is the time for big bold ideas. If Boris truly believes we are on top of this virus he should introduce intense screening and protection of the elderly and the most vulnerable.

However, he must also urgently create a bold vison for a new Britain not a ‘coronavirus compromise’ UK which continues to curtail our liberty, prosperity and creativity.