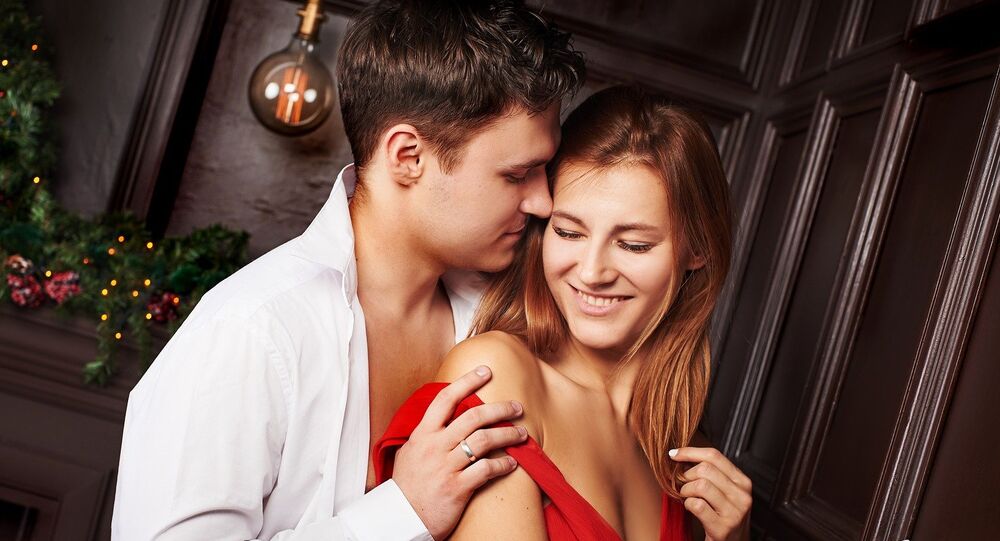 In a fresh update to the quarantine easing rules, Brits are prohibited from indoor public gatherings involving two or more people - something that has been jokingly labelled "a sex ban".

#SexBan Coppers came in and they caught me red-handed creeping with the girl next door, Picture this we were both butt naked banging on the bathroom floor pic.twitter.com/nJMKQcyAYT

British Prime Minister Boris Johnson's government was taunted Tuesday as the newly introduced coronavirus rules were referred to by some media outlets and the general public as a "sex ban", despite a junior minister assuring the public that the regulations were solely aimed at keeping people safe.

Under the updated guidelines, no person may partake in a gathering in a public or private place indoors, involving two or more persons - something Britain’s tabloids branded a "bonking ban".

"What this about is making sure we don't have people staying away from home at night", British junior housing minister Simon Clarke told LBC radio when grilled about the controversial addition.

When asked if the rules allowed couples to copulate outdoors, Clarke responded in kind, chuckling:

"It is fair to say the transmission risk of coronavirus is much lower in the open air than in internal space, but obviously we do not encourage people to do anything like that outside at this time or any other", he summed up.

The respective hashtag, #sexban, has meanwhile been trending on Twitter, with netizens speculating tongue-in-cheek on how much they already owe the state for breaking the rule:

"50 quid fine for having sex with someone from another household during lockdown. Guess I owe the government 20 grand", one said, with another posting "Where there's a will, there's a way" along with a "coronasutra" postcard.

"So irresponsible", one posted, ROFling.

"The government deciding to NOW issue a sex ban 10 weeks into lockdown is the equivalent of handing out condoms at a baby shower", a third joked, with another attempting to strike a bit more serious tone.

"This is bulls***. I've already paid for the sex. It's going to be expensive if i get charged double!"

Many elaborated on the already existing social distancing rules, noting those likely already ruled out getting close with strangers:

#sexban Why is this even a thing? We already known we have to stay 2m away from people who don't live in our household, so how the hell could we have sex with them! I know some men seriously overestimate the size of their penis, but this is ridiculous!

Am I the only one who thought it was obvious that if you have to social distance from other households you wouldn’t be able to have sex with them? #sexban

Many more eagerly offered their picks of hilarious memes playing upon the intimate subject:

Priapus could find his way round the government’s #sexban #Pompeii pic.twitter.com/bDxKQ6K6TE

the police somehow knowing that im having sex in my underground dungeon during quarantine #sexban pic.twitter.com/pMpFFFF5SM

The UK, which declared a coronavirus quarantine and lockdown in mid-March, started to ease the restrictions in line with a Whitehall-proposed roadmap on 1 June, with schools and slews of non-essential shops due to be reopened in the coming days.

According to the Health Department statistics, Britain has confirmed 276,332 COVID cases. As of 5 p.m. on 31 May, 39,045 of those who tested positive for coronavirus in the UK have died. The new figure includes deaths in all settings, not merely in hospitals.

Not Even Online Sex in Self-Isolation! UK Prostitutes Suffer From Hardship During Pandemic