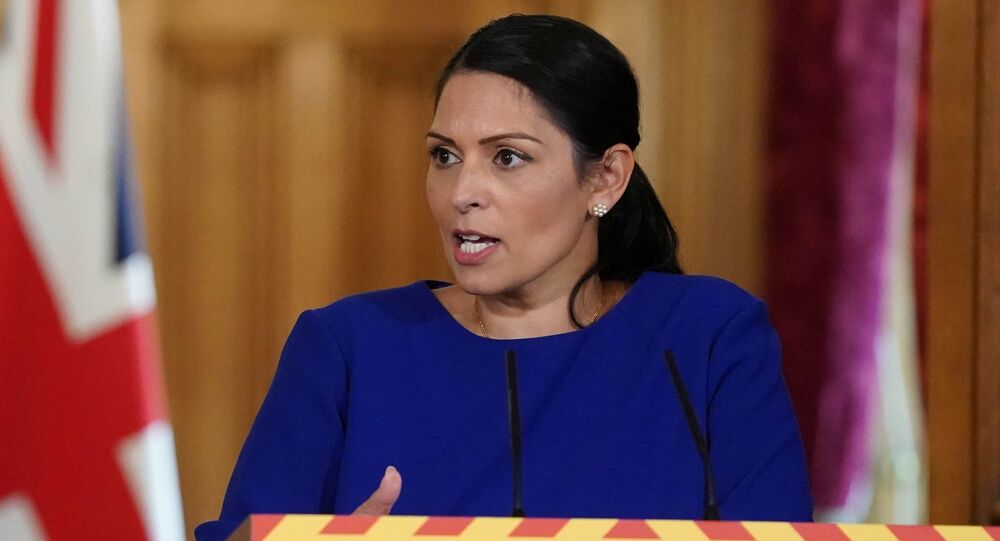 Most people have accepted a temporary period of ’social distancing’ to contain the spread of COVID-19, but it seems that some in authority, like UK Home Secretary Priti Patel, would like to see us keep our distance from each other indefinitely. We must never let this happen because if we do, humanity is dead.

Never let a good crisis go to waste the famous quote goes and it seems that some people are trying to use the COVID-19 pandemic to radically reorganise how we live our lives.

"We can’t go back to how we lived before" has been common refrain these last few weeks, but while of course not all aspects of life pre-COVID-19 were perfect, it was still a lot more enjoyable than ‘lockdown’ has been. Man is a social animal. Yet in Britain since 23rd March, we’ve basically been prohibited from having a social life.

Most of us have been stuck at home, with the most minimal contact with other human beings outside of our immediate family circle. Most have borne this unnatural state of affairs quite well because they thought it was for the public good. But what is really sinister is that power elites seem to want social distancing measures to continue even after the virus has run its course - which in Britain it already looks to have done.

It’s as if they want to take social atomisation to the next level. ID politics and greed-fuelled neo-liberalism seek to divide us spiritually - now we are to be separated from each other physically.

"I think we all recognise now social distancing is here to stay," Priti Patel said on ‘Good Morning Britain’ earlier this week.

Do we, Ms Patel? I certainly don’t, and judging by the criticism your comments received on social media, more people agree with me than they do with you.

She continued ‘Our lives are going to be very different’.

Well, she’s right on one point: a life in which ‘social distancing’ was permanent would be different. It would be hell on earth. Imagine a world in which grandparents couldn’t hug their grandchildren, or in which people couldn’t hug their parents, or closest friends? A world where we could never pat someone on the back, or shake their hands? If social distancing was ‘here to stay’, as Patel seems to want, how are couples ever going to come together? The human species would become extinct within a generation. Or perhaps Patel believes AI is our future?  If so, what a chilling prospect.

Never in a million years will I accept this pic.twitter.com/nPDyvPp0qX

​In their paper 'Covid-19 The Downside of Social Distancing,' Professor Ophelia Deroy of Ludwig-Maxmilians University, Munich, and her co-authors point out that the demand for social distancing ‘runs counter to the evolved structure of human cognition.’

And that ‘hazardous conditions - make us more - and not less - social’.

Or at a pop concert, when you saw your favourite group. Or at a party when you danced till dawn with the man/woman of your dreams? Or perhaps it was when you had a chance encounter with a stranger on a train or a plane, or in a pub or nightclub, one that blossomed into romance.

If ‘social distancing’ becomes the ‘new normal’ none of these experiences would take place. Just about the only new friendships, we could forge would be online ones.

One of the very worst things about the Covid-19 outbreak is the way it has made human beings so wary of each other. OMG! Someone is coming towards me on the pavement, I’d better cross to the other side - I might catch the virus!

The only sane solution to the human condition - as the wisest philosophers throughout the ages have concluded - is love. But ‘social distancing’ is anti-love. It keeps us apart when we should be coming together.

When I messaged him about Priti Patel’s statement on Good Morning Britain’ a good friend of mine replied: ‘This is going to cause a big rise in suicide if it is long term.’ He is of course right. Who indeed would want to live in a world where physical contact with other humans was not allowed?

'No Sex Please, We’re British' was the name of a popular farce back in the 1970s, it would be the reality if we are to keep two metres apart from each other forever.

Alas, it’s not just Priti Patel coming out with such cold, misanthropic statements. UK Health Secretary Matt Hancock has said that there should be no hugging until a coronavirus vaccine is developed.

But Prime Minister Boris Johnson has said such a vaccine may never be found. Are we really expected not to embrace anyone for the rest of our lives?

© REUTERS / Carl Recine
UK Police Bracing for Anti-Lockdown Protests, Ready to Respond ‘if Required’
In his 1955 work The Sane Society, the great social scientist Erich Fromm wrote: ‘The danger of the past was that men became slaves. The danger of the future was that men may become robots’. How real that threat is now, as politicians and public figures seek to exploit fears about a virus to present anti-human, sociopathic practices as ‘the new normal.’

In fact, there could be nothing more abnormal than what Patel and co are suggesting. If there is any distancing to be done- we need to do it from those who would strip us of our common humanity.