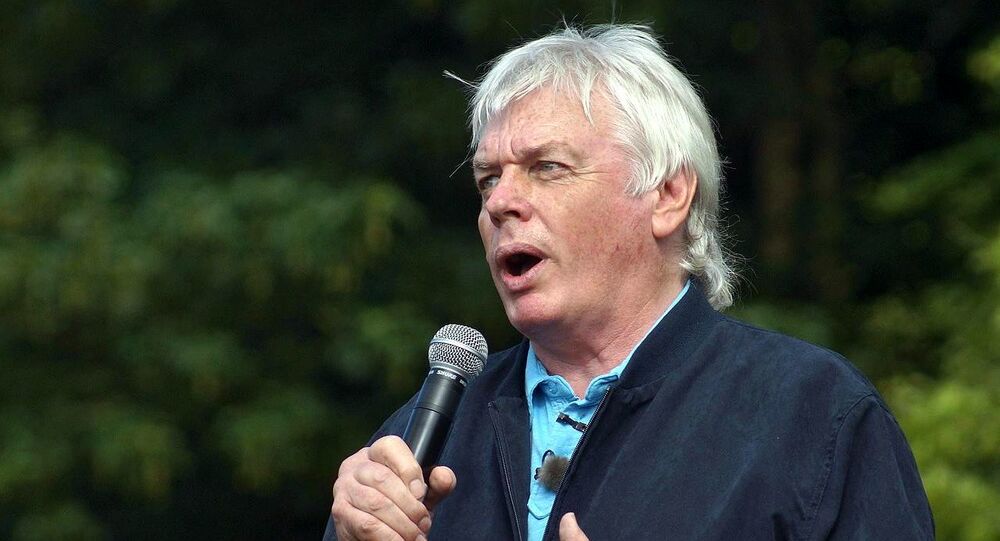 UK media regulator Ofcom is to investigate “as a matter of urgency” an interview David Icke gave on Coronavirus. The interview on “London Real” has been taken down from a number of platforms, raising concerns over the censoring of alternative opinions.

I’m old enough to remember David Icke in his previous incarnation, as a BBC sports presenter with a nice line in sweaters.

He is, of course, better known today for his theories on world governance.

Some people love Icke, some seem to take delight in ridiculing him, some agree with him on some things but not others, some ignore him. That’s how it’s generally been since the 1980s. But in the last few years, a more sinister trend has emerged. There have been repeated attempts to get Icke banned. Complaints have been made to venues where’s he’s been due to appear. Some of these venues have subsequently cancelled Icke's shows. In February last year, he was banned from entering Australia. His latest interview has already been taken down from Facebook and YouTube. Those responsible for the interview have claimed they‘ve also been banned from LinkedIn.

I think we should be more disturbed by the attempts to stop Icke from getting his views out than the actual views - whatever we may think of them. Free speech means free speech - if we start to say "well this individual doesn’t deserve free speech because I think his views are barmy or offensive to some", then we’re on a very slippery slope indeed. David Icke has been called all manner of terrible things, but did respond to the allegations in a newspaper interview here.

© CC0
Rationing Internet Reportedly Mulled in UK as Web Traffic Spikes Amid Lockdown over Coronavirus
Needless to say, Icke’s Wikipedia page, like those of all "dissidents", has been targeted by the Andrew Philip Cross editing operation.

The point is: if you disagree with what Icke says, either (a) turn off, or (b) argue/debate him. Don’t try and cut his tongue out. That way, tyranny and a police-state lies. Today, we'll be banning Icke, tomorrow, there'll be calls for his arrest, and on Wednesday some will want him sent to prison.

I haven’t watched Icke’s Coronavirus interview (it’s been widely deleted from various platforms), but I have read that it promotes a "lunatic conspiracy theory".

But - and here’s the rub - if it’s so clear that what he is saying is total rubbish, why the determination by certain people to get the video banned? Surely the best thing to do would be to allow people to watch the interview - and then if what the detractors are saying is true - it would be obvious to those watching it.

I have found that when people want something banned, it is generally because they are worried that viewers/readers will actually find it, or at least parts of it, credible. Otherwise, why go to all the effort of trying to get it proscribed? We’re told that Icke’s Coronavirus video may put lives at risk so it has to be taken down for "public safety". Is it likely, I wonder, to put as many lives at risk than the "lunatic conspiracy theory" - promoted by many of those now gunning for Icke - that Iraq had WMDs which could be assembled and launched within 45 minutes? That genuine conspiracy theory cost the lives of one million people and has left the Middle East ablaze.

By any objective assessment, warmongering neocons have done far more damage to the world than David Icke. But no one talks of removing their interviews from YouTube. They are Establishment-approved "lunatic conspiracy theorists", so they get a free pass to tell us scare-stories about Iraq, Iran, Libya, or Syria, or whatever country they want us to bomb next. And we’re all meant, most conveniently, to forget the lies they told us in the build-up to the previous war.

Ofcom’s urgent intervention against Icke is also highly revealing. Apparently 40 people complained about the London Live interview. Yes, that’s right, 40. Yet Ofcom received 2,736 complaints from members of the public over Celebrity Big Brother in 2015, but decided not to investigate.

It’s also worth noting that Ofcom started an investigation into an episode of the RT Sputnik show in 2018 discussing the Skripal affair after it had received just ONE complaint. Different standards most definitely apply.

I said earlier that I haven‘t yet watched the Icke interview - and I probably wouldn’t have bothered with it. But the attempts to ban it have made me determined to seek it out and find the time to watch. Perhaps I will come to the conclusion that Icke is indeed spouting nonsense. But please, to those censorious individuals who want to dictate to us which views are allowed to be heard, and which views aren’t: let me - and the rest of the public - make our own minds up. Otherwise, we’ll end up living in the nightmarish world of Ray Bradbury’s Fahrenheit 451, when the book burners come knocking on your door to make sure you're not getting any "wrong" ideas. This is actually about a lot more than David Icke. It’s about fighting for a free society.