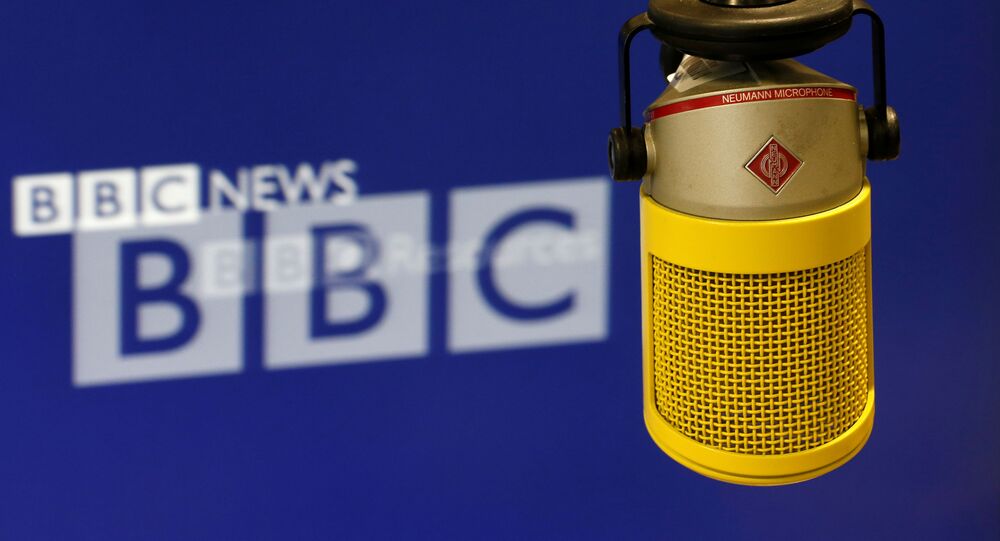 The Queen has spoken. The BBC licence fee has had its day.

Well, actually it’s not the real Queen. It was the fabulous British actress, Helen Mirren. To be even fairer she also said that we should not lose the BBC.

However, the very fact that she is entering the debate about the future of the licence fee is a clear sign that the days are numbered, not only for this outdated, outmoded poll tax but also for the whole Bloated Corpulent Corporation.

She is not alone in her assessment as even overpaid and over-opinionated Big Ears has joined in the debate. Gary Lineker has suggested that perhaps the BBC should become a subscription service.

Too Big, Too Biased, Too Corpulent

Everyone from the Prime Minister down has a view on the future of the Brussels Broadcasting Corporation and Boris needs to kick the debate and the decision on its future off today and not wait for their charter renewal in 2027.

Let me be frank the BBC licence fee is no longer viable or a fit way to fund the state broadcaster. Let me be even franker and honest with you and say that if the BBC was cut down to size and parts of it only offered as a subscription service I would probably pay for it.

However, what I will no longer do, is pay a compulsory fee for something I hardly watch under the threat of going to prison.

That is why Boris must immediately remove the threat of prison for non-payment. There is no real need for discussion on this as everyone, on all sides of the political debate and whatever party, think that the penalty or the sight of mainly working-class mums in court facing a custodial sentence is both obscene and heavy-handed.

Many people, 3.5 million and rising, are already cancelling their licence and saying, (probably many lying) that they no longer watch live TV.

This number will, of course, increase massively if jail is removed as a consequence of non- payment. By 2027 the numbers watching the BBC will be massively down. Already young people and kids are hardly watching linear TV and the BBC know this as they have even shoved programmes like Blue Peter online or only on their iPlayer.

The basic problem with the BBC is that it has become an empire and as with all empires it has sown the seeds of its own destruction, it is simply too big, too bloated and of course massively too biased.

Playing Catch Up With New Kids on the Block

If the political will was there, the BBC could move to a subscription basis almost overnight. Only yesterday I downloaded the BBC sounds app which is pretty neat and should be considering the millions of our money they spent on it! But before you can use it, just like with their iPlayer, you have to register for it with your postcode and email. You only get access if you are a licence payer so why can’t this be adapted to take micropayments?

Increasingly both TV and radio is going to be delivered via streaming and apps, not by radio signals or satellite. This is what Amazon and Netflix realised and have exploited. The BBC was slow off the blocks, as per usual with publicly funded organisations, and are now playing catch up if you can forgive the pun!

If the BBC was subscription-based as I say I would pay for it especially if it gave me full access to their fantastic drama, documentary and sporting archive. It would be a steal for a few quid as don’t forget I’ve already paid once for these archive programmes via the 40 years that I have been paying the BBC poll tax.

The only part of the BBC that should be centrally funded is BBC local radio but this has to change from being a substandard, underfunded wall to wall Carpenters and Beatles playlist, sub-Radio 2 to actually being almost entirely a speech service discussing only local subjects. This could be funded through central taxation as it should be ultra-local and responsible for holding local politicians to account and supporting democracy which local newspapers used to do before the BBC with their juggernaut of an internet site wrecked their businesses!

As for Radio 1 and 2 as Boris suggests they can be sold off immediately to the highest bidder.

Where I differ from Boris is the suggestion that Radio 3 and 4 should be protected. Why? We have had Classic FM for years and we now have Scala, so radio 3 should compete in the marketplace. As for the nobs who say I couldn’t live without the Archers or the Today programme well you can afford to bloody pay for it so why should the majority, who don’t listen, pay for your listening pleasure?

More and more TV and radio consumption, with the massive growth of podcasts and play on-demand, is becoming non-linear and people are watching or listening when they want to and not when a scheduler tells them to and this will only increase.

The Nation Should Put the Auntie Out of Her Misery

The only thing that people feel they have to watch live is sport and even that with the latest entry into the football market of Amazon and the betting companies are being taken away from traditional broadcast channels, especially the BBC.

Let’s be honest with the amount of sport, they actually have rights to, they could hold their annual BBC Sports Personality of the year in a phone box and not in the NEC.

© AFP 2020 / LEON NEAL
BBC Director-General to Resign in 2020
The deluded defence from the BBC Chairman that the scrapping of the licence fee will damage the nation is so pathetic that it hardly requires comment apart from the fact that this could only have been suggested by someone who has been indoctrinated in the Orwellian group think of the BBC.

had its chance and blown it especially in the last few years with their bias over Brexit and in the last general election. Like a terminally ill, much-loved pet the time has come to put old Auntie out of its misery.