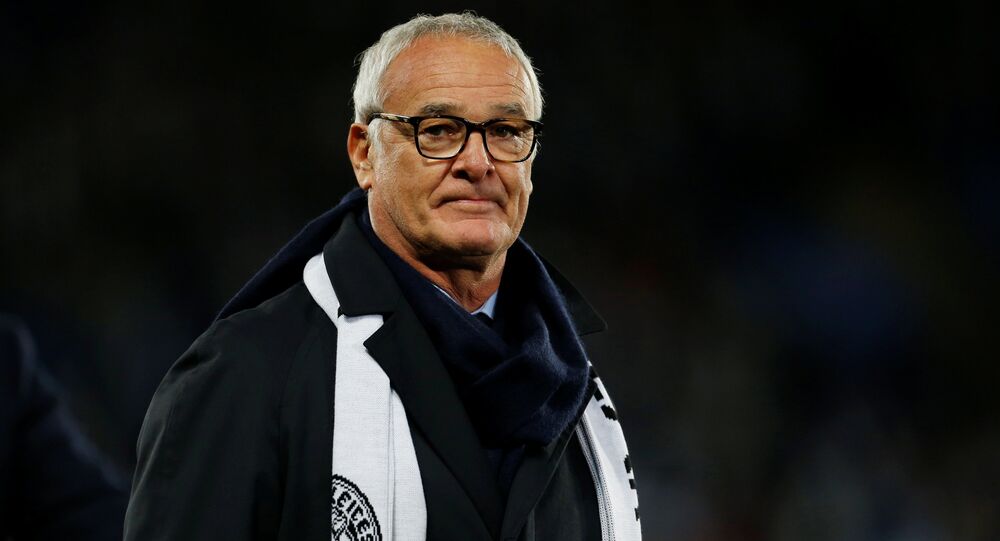 Football: Can Claudio Ranieri Work His Magic at Fulham?

Cometh the hour, cometh the man? The appointment this week of Claudio Ranieri as manager of the Premier League's bottom club Fulham has inevitably led to comparisons with the time he was appointed Leicester Ciry manager in the summer of 2015.

We all know what happened after that. While a title win for Fulham in 2019-20 would be beyond remarkable, (if that happened then surely Ranieri would really be hailed as the greatest football manager of all-time), don't rule out some significant early improvement at Craven Cottage. Sacking managers often changes very little, but Ranieri is a proven 'impact' manager who seems to do his best work in his first year at a club. It'll obviously help him that he has some good raw material to work with. Fulham have a talented squad and they really shouldn't be bottom of the league.

They bought too many players during the close season and defensively they've been all over the place, with the full backs attacking too far up the pitch too early in away games. Expect Ranieri to tighten things up in true Italian style and start to pick up some hard-earned goal-less draws and wins-to-nil. Just look what he said in his first interview to the Fulham website: 'As an Italian manager, for us the defensive way is the best for the team. It is important to have a strong vision of the defence. Not just the full backs or goalkeeper, all the team'.

What Fulham will get from Ranieri as well as bags of experience is pragmatism. Consider the way he guided Leicester to the title, with a succession of 1-0 wins during a very tricky stage of the season in 2016. Yes, it's great to play open, flamboyant football, but you also need to know when to be a little bit more cautious and play the percentages.

It was when Ranieri had to adapt Leicester's very direct breakaway style the following season to take in the different demands of a Champions League campaign, that the difficulties started. But Fulham don't have to worry about playing in Europe, just staying the Premier League. Their new manager will use whatever tactics he thinks best to achieve that objective in every single match.

I tipped Fulham for the top half of the table in my Sputnik Premiership Intelligent Punter's Guide earlier in the season, and although that seems a tough task to reach now with just five points on the board so far, they could yet achieve a mid-table berth with the wily old Ranieri at the helm.

The top three teams are still unbeaten in England, but in Russia, it's a different story. Between them Zenit St Petersburg, the leaders, second-placed Krasnodar and third-placed Lokomotiv Moscow, the reigning champions, have lost 10 times. That tells you how competitive Russian football is at present in the season following the hugely successful World Cup.

© AP Photo / Keystone, Steffen Schmidt
Man City Football Club Slams Reports on Breaching FIFA Fair Play as ‘Organized’
Last weekend Zenit went down 2-0 at CSKA Moscow but they still enjoy a five-point lead at the top. They've also been doing well in Europe. In August they pulled off an incredible second-leg victory in their Europa League qualifier against Dinamo Minsk of Belarus. They had levelled it to 4-4 in normal time, with two goals in the last fifteen minutes, before scoring a further four goals in extra-time to win 8-1 on the night and 8-5 on aggregate. It was the biggest Europa League/UEFA League comeback in 33 years. What made their achievement all the more remarkable is that they were playing with ten men after Parades was sent off with 18 minutes to go of normal time. If there's one match I'd love to have seen live it was this one. Zenit now lead their Europa League group with eight points so their great comeback in the qualifier was certainly worth it.

Cheltenham Steps Up a Gear

In horse-racing the jumps season steps up a gear with the valuable three-day November meeting at Cheltenham, which starts on Friday. The showpiece event is the £160,000 BetVictor Gold Cup on Saturday, due off at 2.25pm. MISTER WHITAKER has won both his starts at the track, most recently when winning the novices' handicap chase at the Cheltenham Festival, and so, at around the 6-1 mark, Mick Channon's charge makes plenty of appeal. The horse he defeated in March, Rather Be, is now 9lbs better off at the weights, which is why he's the 9-2 favourite, but against that Mister Whitaker is likely to have a fitness edge as he won at Carlisle two weeks ago. At longer odds, (10-1), King's Socks, fifth at the Festival in March, looks interesting for a trainer (David Pipe), who saddled the second in this twelve months ago and whose stable has traditionally done well at this meeting.

Last week, in my World of Sport column, I correctly predicted three of Saturday's six Premier League scorelines correctly- amounting to a 162.5-1 treble. We came agonisingly close to a fourth correct scoreline at the Etihad on Sunday, as Man City led Man Utd 2-1 with just four minutes of normal time to go. There's no Premiership games this weekend, but make sure you read next week's World of Sport column, when there'll be a full round of fixtures!