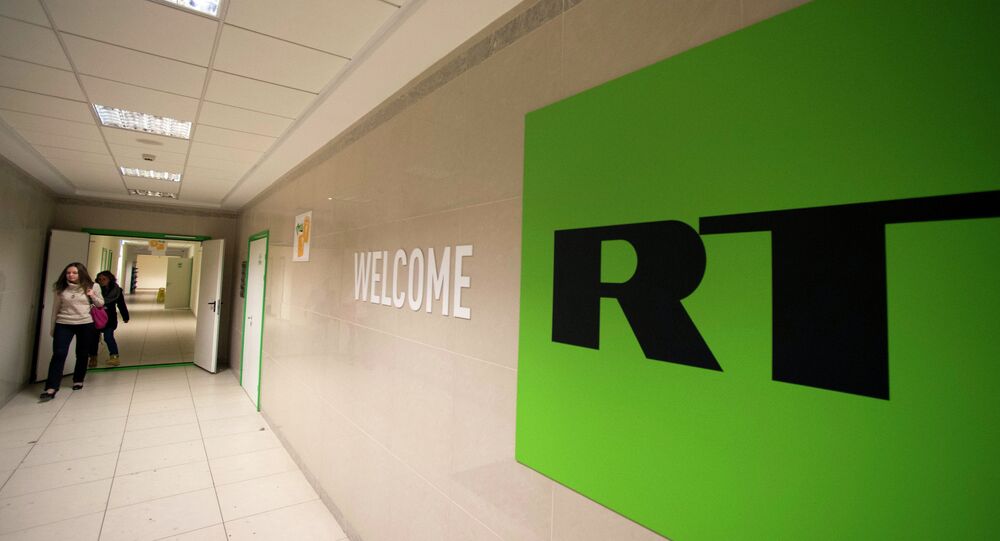 The US’ decision to have RT register as a “foreign agent” wasn’t surprising in and of itself, but the suddenness of the imposed deadline suggests that Washington doesn’t want the broadcaster to comply with these new regulations and that the government is looking for a “legal pretext” to shut the company down.

RT just announced that the Justice Department is demanding that it register as a “foreign agent” by Monday, with editor-in-chief Margarita Simonyan slamming the decision as a “cannibalistic deadline”.

I wrote about how the US’ “Foreign Agents Registration Act” (FARA) is being abused to intimidate Americans in an earlier article for Oriental Review titled “State-Sponsored Intimidation, Or When FARA Goes Too Far”, and the general idea is that this piece of pre-World War II-era legislation is being wielded as a weapon against the US’ supposedly sacred value of free speech in order to snuff out all dissenting voices that contradict the Mainstream Media narrative and aren’t part of the “controlled opposition”.

© Sputnik / Mikhail Voskresenskiy
US Demands RT America's Registration as Foreign Agent Until Nov. 13
That’s why the US government is so insistent on branding RT as a “foreign agent”, but it also wants to deter experts from cooperating with the platform in sharing their views. Not only that, but another motive is to intimidate the broadcaster’s American staff to leave their jobs under the threat of forever having the “scarlet letter” of FARA attached to their resumes, which is enough to make many debt-strapped college graduates think twice about working at RT.

All told, these disturbing outcomes signify that the US is now openly flouting its unstated global ideology in promoting “human rights” and “freedom” by depriving RT and its employees of their freedom of speech, understanding of course that the decree to have the company blacklisted as a “foreign agent” is being done with blatant double standards due to the government’s refusal to have other publicly financed international media outlets do the same as well.

As the saying goes, “the revolution devours its children”, and the American Revolution that gave rise to the freedom of speech as enshrined in the US’ First Amendment is now devouring itself nearly two and a half centuries after its founding, which is what Ms. Simonyan was hinting at when she referred to the impossible decision as a “cannibalistic deadline”.

Like I wrote about in my earlier Sputnik column last week, RussiaGate represents the “Soft Power Suicide Of A Superpower”, and by making it extremely difficult for RT to meet the Justice Department’s deadline on time, the US is laying the groundwork for taking legal action against it for potential noncompliance, which is just a hop, skip, and a jump away from eventually shuttering its offices and forcing the company out of the country.

© Sputnik / Konstantin Chalabov
Moscow Vows Prompt Response to US Demand on RT Registration Under FARA
Of course, the government might not be so brazen as to publicly admit that this is what’s actually going on, but the effect of harassing RT in the manner that the US government presently is doing amounts to nothing more than making it all but impossible to work, just as Ms. Simonyan earlier said as well.

The height of irony is that the US oftentimes rails against its geopolitical opponents for their own administrative actions against various entities within their territory, deliberately decontextualizing their moves in order to make it seem as though Russia, China, Iran, and others are “dictatorships hell-bent on suppressing their own citizens”, though in this case such an ordinarily hyperbolic and misleading polemic is much more relevant to apply to the US itself because it accurately captures the gist of Washington’s War on Alt-Media, including against its own countrymen who hold dissenting views and aren’t scared to publicly share them.

There might have been a time when the image of a bald eagle proudly spreading its wings encapsulated the essence of the American Dream and what the US stood for in the eyes of the world, but nowadays the country’s new national symbol would more aptly be that of a snake eating its own tail.