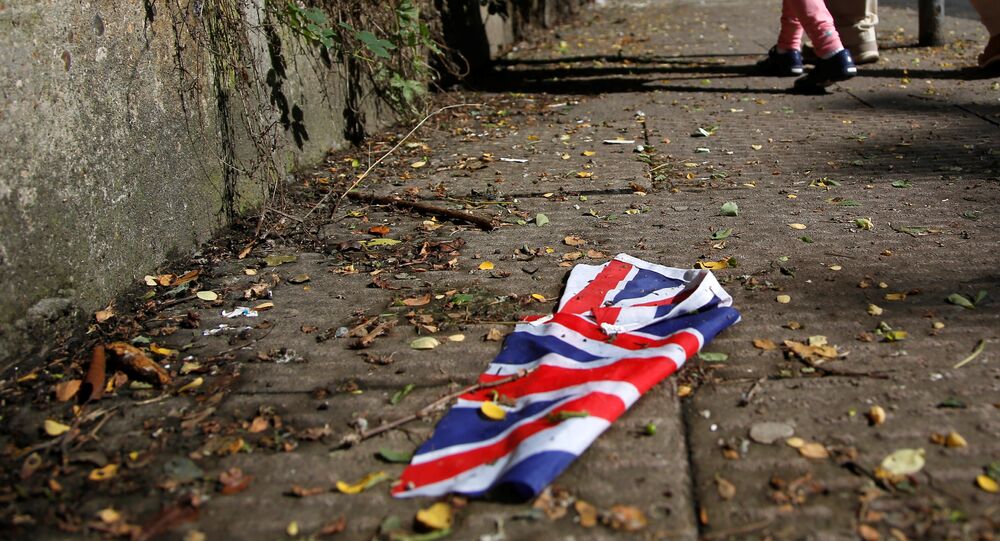 Information continues to come in about the Brexit vote. A member of the British Army said that 90% of the lads in his unit voted to leave.

They voted exit because they do not believe they should be involved in Washingtons wars. He said that his unit agreed that the wars are dictated by Washington, via Brussels, and not by the British people.  He also said that that the soldiers were “taking their own pen” to the ballot box, because “they only use pencils at the polls and they could be rubbed out and changed.”

© Sputnik / Alexei Druzhinin
Trump Says Putin Was ‘Somewhat of a Beneficiary’ From Brexit
Richie Allen in London, a radio presenter in Manchester, England, said that as an Irishman he remembers how the Irish vote against the EU was overturned when the people rejected the Lisbon Treaty and that already in England “they’ve begun talking about the possibility that the EU will come back with a better offer.”  In other words, the exit vote is not being treated as meaningful. See his guest column here.

And as Stephen Lendman reports, the propaganda is already in high gear with David Cameron setting the tone by emphasizing how happy the vote has surely made Putin and ISIS (somehow these two deadly enemies are happy over the same thing!). The self-hating Russian, Garry Kasparov, said Brexit was “the perfect gift for Vladimir Putin,” as Britain’s exit leaves the EU a “weakened institution with less power to confront Putin’s assaults on Europe’s borders.” What assaults, Garry?

Former US ambassador to Russia Michael McFaul is “shocked, shocked!”  The US and EU lost, Putin wins.

© Sputnik / Sergey Guneev
Cameron's Claim That Russia is Interested in Brexit 'Groundless', an Attempt to Influence Vote - Putin
Of course, the vote had nothing to do with Putin or Russia.  But the liars are going to try to make the British feel that they betrayed England and gave Russia power over Europe. Russian spokesman Dmitry Peskov replied to the nonsense: We are accustomed to “the Russian factor” as the explanation of all events in the universe.

The British people might think that they are out of the EU, but they are not. They have a long hard fight ahead. Washington and the British political and media establishments that serve Washington are not going to let them leave.

Historic Brexit Shock Leads to Calls for Europe to Wake Up

Taking a Punt on Politics: Political Betting and Brexit