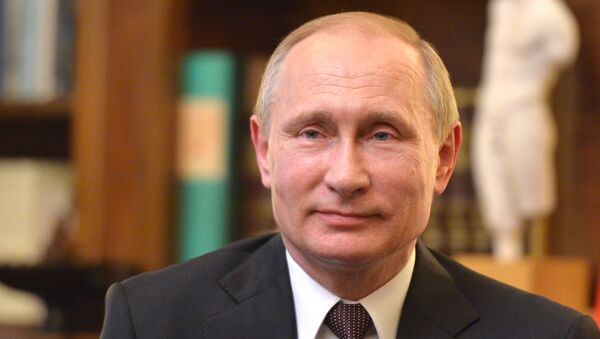 Russia Interested in Prosperous EU, Brexit is UK’s Internal Issue - Kremlin
MOSCOW (Sputnik) — On Thursday, the United Kingdom held a referendum to determine whether or not the country should leave the European Union. According to the final results, 51.9 percent of voters, or 17.4 million people, decided to support Brexit, while about 16.1 million opposed it.

“He said some very nice things about me. He is somewhat of a beneficiary,” Trump said, asked whether he and Putin were the biggest winners from Brexit.

Earlier, Russian authorities repeatedly said that Britain's membership in the European Union is an internal matter of the UK and the EU, adding that Russia wants to see the EU united and strong.

Presumptive Democratic nominee Hillary Clinton misread the situation by calling on the United Kingdom to remain in the European Union, her likely Republican rival Trump said.

"Well, she’s always misread everything," Trump told a press conference when asked whether Clinton misread the situation calling on the United Kingdom to remain in the bloc. "She’s misread this, and I was surprised that she was so bold," he added.

000000
Popular comments
It's no secret that UKIP totally tried to prevent the EU embarking on the pointless path of sanctions in 2014 and that BREXITEERS generally have high appreciation for President Putin. But it's best if Russia isn't preempted or talked into the issue because it can be used by those reactionary, Pro-EU and NATO aligned groups who might see this as a way to discredit all sides. We saw how Cameron attempted to do this 6 weeks ago. So friends of Russia would say that it's Russia herself who should comment on the issue and not us, Trump, or any other parties who are ostensibly favorable to Moscow. Mr. Trump hasn't said anything wrong- it's just it's best to allow the Russian foreign ministry itself to do the talking for Russia.