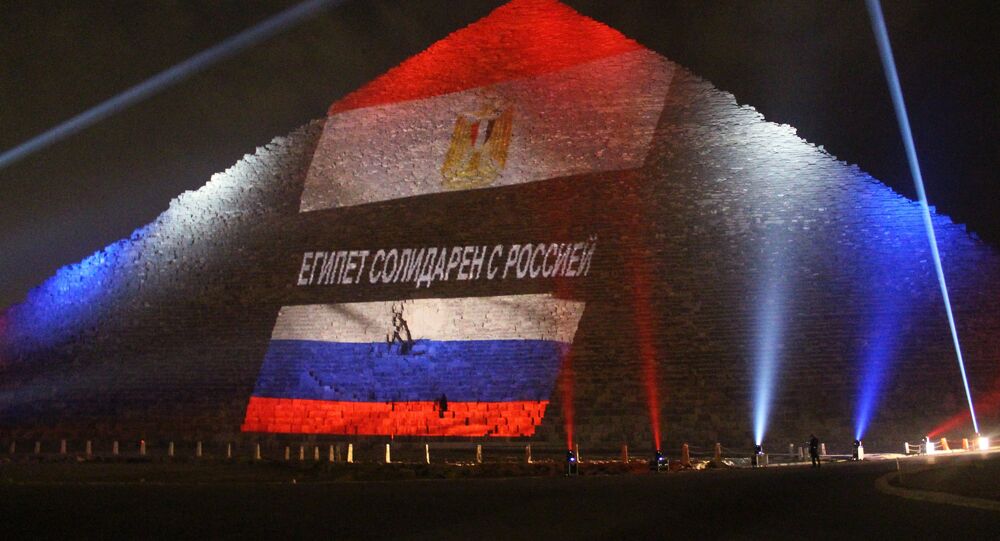 Confirmation that the Metrojet airliner that crashed in Sinai was brought down by a terrorist bomb will surprise no one.

© AFP 2020 / VASILY MAXIMOV
MH17 Report Leaves More Questions Than Answers, Full Transparency Needed
The episode however highlights the contrast between the way the Russians and the West going about doing things now.

Following the crash of the Malaysian airliner MH17 over Ukraine last year the West rushed out accusations within hours of the crash. The result was that the investigation was from the outset skewed to fit a theory.

By contrast after the crash of the Metrojet airliner the Russians refused to speculate on the cause until a proper investigation was done.

The result was that the investigation was conducted openly, in contrast to the secrecy that has surrounded the MH17 investigation.

By contrast the MH17 investigation excluded the relevant experts — Almaz Antey, manufacturers of the BUK missile the investigation says shot down the aircraft — whose opinions were not heeded or even mentioned in the report.

© AFP 2020 / DMITRY SEREBRYAKOV
'We Mourn With You, We Pray for You' – Russian Social Media Reacts to Deadly Paris Attacks
Since the investigation into the Metrojet tragedy was conducted in an open and objective way, it has produced a conclusive finding within weeks of the tragedy taking place.

By contrast after more than a year the MH17 investigation has produced an incomplete and in parts contested report.

In the meantime there is an astonishing contrast in the reaction to the two recent terrorist attacks — the Metrojet crash and the Paris attacks — that have recently taken place.

In the case of the Metrojet crash the Western reaction was marked by large scale indifference.

© REUTERS / Yves Herman
Truth Be Told: Closer Look at Story Accusing Russia of Paris Attacks Shows Lies, No Logic
There have even been some appalling claims — extending apparently to officials of the US government — that by supporting the government of Syria Russia somehow brought the Metrojet tragedy down on itself.

In the case of the Paris attacks, alongside proper and legitimate feelings of grief for the victims, Western officials have responded with blind fury and elements of panic, with talk of war and a stampede to impose ever more draconian restrictions on Western society, but with no coherent plan of what to do.

This contrasts with the calm and purposeful way that — amidst feelings of intense grief — the Russian authorities and people responded to the Metrojet tragedy.

Such rationalisations of terrorism are both wrong and immoral.

It is however legitimate to say — as President Putin said in his recent speech to the UN General Assembly — that attempts to manipulate terrorists to achieve geopolitical objectives are both wrong and immoral — and also extremely dangerous.

If Western governments want to respond properly to the Paris tragedy, then acknowledging that is a good place to start.