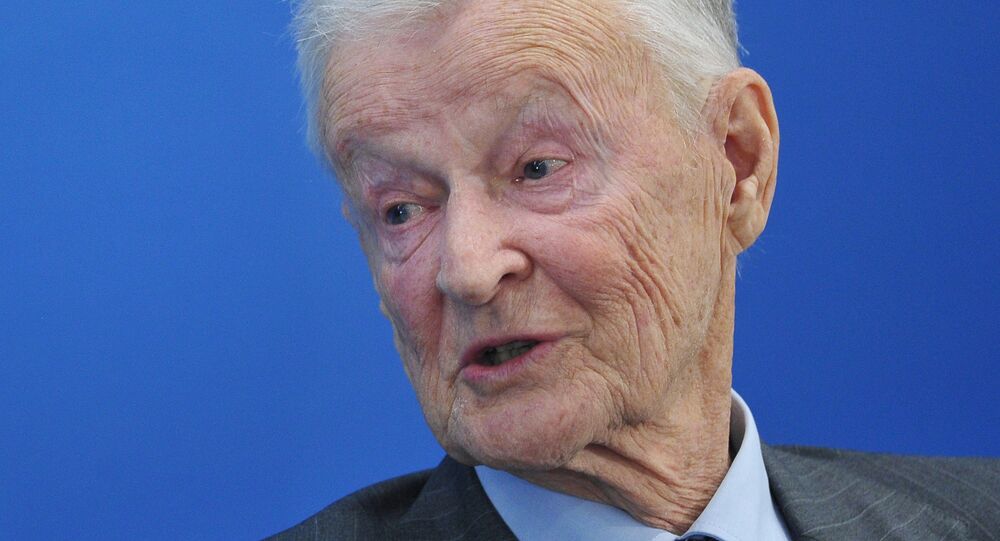 Ambassador Mark Brzezinski has used his position to urge Sweden to join NATO, appearing at an Atlantic Council event in March to commend Sweden’s integration into NATO’s military forces, and pointing out to the Swedish media in April that the renewed Russian threat should justify increased defense budgets, as NATO or American support is not completely guaranteed.

Despite not being a full member, the Swedish military has participated in several coordinated NATO exercises this year. In March, fourteen hundred Swedish troops participated in Cold Response, a bi-annual drill hosted by Norway which simulates NATO responding to a hypothetical conflict between a government and separatists after a natural disaster.

In October 2013, Swedish troops participated alongside the NATO countries, Finland, and Ukraine in Operation Steadfast Jazz, to “train and test the NATO Response Force, a highly ready and technologically advanced multinational force made up of land, air, maritime and Special Forces components that the Alliance can deploy quickly wherever needed.”

In June, 2014, Swedish troops participated in two major exercises: Flaming Sword, based in Lithuania, and the 42nd annual BALTOPS drill, where 13 nations from around the Baltic and North Sea (plus the Republic of Georgia) practiced “air, surface, subsurface, and mine warfare,  where the participants conducted “advance information sharing, crucial to maintaining regional stability and maritime security in the region.”

Zbigniew Brzezinski’s other son, Ian, is currently a member of the Strategic Advisors Group of the Atlantic Council, a pro-NATO lobbying organization created in 1961. From 2006 – 2011 he worked with CIA and NSA-contractor Booz Allen Hamilton and from 2001 to 2005, served as President George W. Bush’s Deputy Assistant Secretary of Defense for Europe and NATO Policy. From 1986 — 1987 he worked at the National Security Council, and from 1991-1993, he was on the Policy Planning staff of the Defense Department.

On August 14, 2014 Ian co-authored “NATO’s Crucial Summit” for CNN, where he openly advocated escalating the violence in the region, writing, “the alliance should be prepared to provide Ukraine lethal military assistance, including anti-tank weapons and surface to air missiles, and to deploy intelligence platforms to improve the situational awareness of Ukrainian security forces and military trainers. The alliance should also resume military exercises with Ukraine to help train its armed forces.”

The first time Ian had publicly sought to compel NATO to take a hostile stance towards Russia alongside Ukraine’s new government was in his March 24 Washington Post piece, entitled “Three ways NATO can bolster Ukraine’s security.” In addition to approving lethal weapon transfers and increasing training exercises, he suggested reminding Russians of their role in Afghanistan — perhaps forgetting the blowback from America’s decision to arm and train Islamist Mujahedeen soldiers.

Zbigniew’s last child, his daughter Mika, hosts a morning political gossip show on MSNBC with former right-wing Republican Congressman Joe Scarborough. When not speaking about her cozy relationship with administration officials, she has provided a platform for neo-conservative policy architect William Kristol to call for another war in Iraq, as she did on June 17. In May, Mika and Joe even presented the Republicans with the opportunity to fraudulently attack President Obama and Hillary Clinton over Benghazi.

On May 2nd, Zbigniew wrote a piece for Politico magazine entitled “What Obama Should Tell Americans About Ukraine,” where he suggests turning Ukraine into a permanent urban battlefield, writing, “the Ukrainians will fight only if they think they will eventually get some help from the West, particularly in supplies of the kind of weaponry that will be necessary to wage a successful urban defense.”

While Obama never gave the particular speech Mr. Brzezinski wrote, he did speak on the issue on July 29 when he announced the second round of sanctions against the Russian arms, energy, and banking sectors. However, the language President Obama uses to discuss sovereignty and territorial integrity has closely mirrored Zbigniew’s suggestions.

Zbignew, who served as President Carter’s National Security Advisor from 1977-1981, was raised by his anti-Russian father, Tadeusz Brzezinski (1896 – 1990), who fought the Soviet Red Army in the final Warsaw campaign of 1920 and later was Consul General in the German city of Leipzig in 1931-1935.

Zbigniew also married into a legendary family of anti-Russian politicians: his wife, Emilie Beneš, was the grand-daughter Czech politician Vojta Beneš (1878-1951), brother of former Czechoslovak Prime Minister Eduard Beneš (1884-1948). Beneš was Prime Minister of Czechoslovakia before WWII, in exile, and then after the war. Beneš was overthrown in 1948 after he tried to bring Czechoslovakia into America’s Marshall Plan, a project to consolidate anti-Soviet power in Europe.

The Brzezinski clan’s activity in the State Department, media, and pro-NATO lobbying organizations make it certain that their family tradition of Russophobia will play a key role in the way the American government plans and executes its aggressive policy towards Russia

Daniel Zubov for The Center for International Journalism and Research, Rossiya Segodnya